Destroy All Monsters
In Our Mad and Furious City 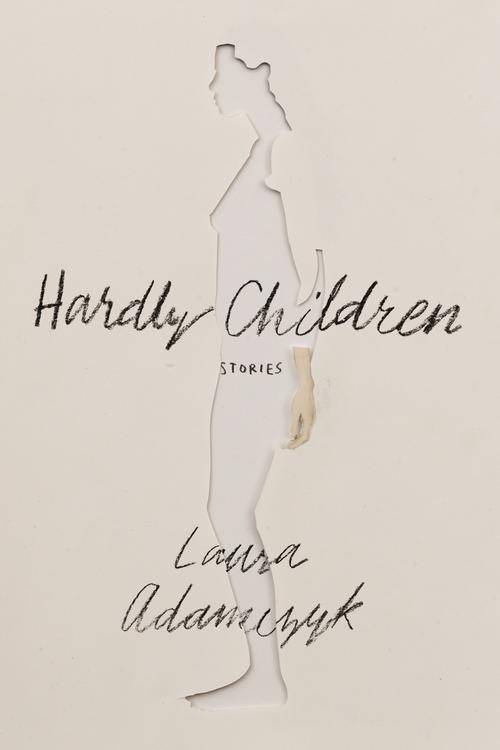 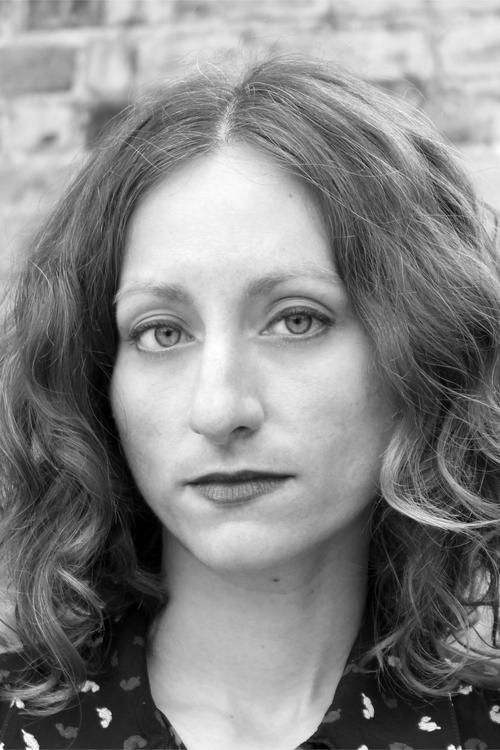 A man hangs from the ceiling of an art gallery. A woman spells out messages to her sister using her own hair. Children deemed “bad” are stolen from their homes. In Hardly Children, Laura Adamczyk’s rich and eccentric debut collection, familiar worlds—bars, hotel rooms, cities that could very well be our own—hum with uncanny dread.

The characters in Hardly Children are keyed up, on the verge, full of desire. They’re lost, they’re in love with someone they shouldn’t be, they’re denying uncomfortable truths using sex or humor. They are children waking up to the threats of adulthood, and adults living with childlike abandon.

With command, caution, and subtle terror, Adamczyk shapes a world where death and the possibility of loss always emerge. Yet the shape of this loss is never fully revealed. Instead, it looms in the periphery of these stories, like an uncomfortable scene viewed out of the corner of one’s eye.

An excerpt from Hardly Children

IF ASKED, I WILL NOT say that I love children. Nor that I particularly do not love children. I’m not one of those who yells at parents to keep a better eye out when their kids run into the street or push into my pelvis at the coffee shop. I will instead say, if asked, that I notice them around—when I’m on my way to work or returning from the store—that I see their presence, I know undeniably that they exist, but that I have no real opinion on them one way or the other. People will assume that, like all women my age, I must have strong feelings in this regard. But, to me, they are only smaller, more naive adults—difficult to predict but easier to talk to.

This morning I saw the posters around the neighborhood. This is a medium-sized town. Not so small that I could tell you the names of my neighbors or they mine, which I never fully considered until now, but small enough that a parent could discover a problem with her son or daughter and then talk to a friend who knows a guy who is a retired sketch artist or who took an art class at the community college, and ask him to draw a picture and help staple copies of that picture to a few dozen telephone poles. This is how things can be handled here, though I’ve never taken advantage myself. I don’t talk much. I work in the back, as they say. And it’s true. This afternoon I’m making a mound of chopped onions; later I’m responsible for converting radishes into roses, the most creative thing I’ll do all day. Though it’s nothing compared to putting pen to paper. The artist of the poster captured a familiar unkempt androgyny in his creation’s face. Eyes deep within sockets and high cheekbones, a sharp hollowness beneath. Have I seen this man? the poster asked. The skeletal face bones, the limp shoulder-length hair give it away. I’ve never looked like a woman, but most adults figure it out eventually. In the meantime, I’m keeping my distance. I’m avoiding mirrors.

The other day at the park I was in the swings that are set away from everything else—the jungle gym, the baseball field. As I pushed myself slowly with a foot on the ground, a boy approached and sat one over, pumping his legs lightly. It was a little boy who looked like a little girl. He wore white tennis shoes with pink swirls and a pair of teal gloves. He’d broken away from his friends who were running across the jungle gym bridge and squeaking up the metal slide, their screams ringing out wild and open like they were joyfully murdering each other. He asked me why I was swinging by myself and I asked him why he was swinging by himself. He dropped his legs, let his body go slack, then started pumping. I like to! he said. And then he went at it with vigor, as if to prove it to me. He had perfect form: knees together, toes pointed. Sometimes he threw his head back, letting his arms go straight. He was going at a nice pace when I said, Though sometimes it gets lonely, swinging by yourself. At first I didn’t think he heard me, but then with jagged breath he said, You should just swing! And so I did, moving my legs, leaning my torso, back and forth, getting up to such a height that in each forward peak, before the slack chain went taut and gravity jerked back at me, I felt weightless, suspended. Then I mimicked his rhythm until we were synced up—legs mirroring legs; arms, arms. When he noticed, he cried out, We’re married!, got in a few more good pumps, and jumped off the swing, landing cleanly in the spread of dirty pebbles below. I brought myself to a stop, then clapped.

He smiled with the proud glee of a gymnast in her prime. He walked up to me, his mouth open in a breathless smile. I’m going to go over there now, he said.

What’s your name? I asked.

I put out my hand and he shook it once, twice, as though he went around shaking hands and introducing himself to folks all the time.

Nice to meet you, Chad, I said.

Nice to meet you, he said.

He was geared up, ready to run, so I asked as quickly but as delicately as I could: Chad, can I have a hug?

You’re weird! he cried out, laughing.

That’s what everybody says. I turned my head down.

Oh, he said. His waning breath told me he was coming down from his excited peak. I kept my eyes on his shoes and let go a deep sigh. He must have come to some realization about adult loneliness and feeling, because those shoes stepped forward, and the boy in them opened his arms and then closed them on me like I were an old stuffed animal. I kept us there for as long as I could; he did not give any resistance. There’s no way to know, I think now, what was happening inside my body.

I kept my hands at his back, holding as still as possible. There was a sense of one belonging to the other, a good sense. When I felt his arms easing away, I let him.

Head down, voice quiet, he asked, Are you a teacher?

I work in a restaurant, I said, feeling sick. My life was far away just then, but not far enough. That’s how I know that I’ll have to answer some questions soon. About love. About how the opposite of desire is not hate, only the absence of desire. Before the boy walked away, I said, Keep doing what you’re doing, Chad. It’s not always good to become something else. He was only an arm’s length away, but it was like he’d already turned his back to me.

Now I perform each action as though it might be interrupted. I stretch plastic over tubs of diced vegetables; I defrost shrimp in the refrigerator instead of the sink. I imagine them walking in quietly, only the squeak of leather, the tap of their polished shoes giving them away. If they cuff me, I won’t resist. I’ll shape my face into a mild, unreadable thing. But if they ask me to take a walk, to come with them and have a chat, I’ll do what I have to do—stiffen my body, turn my fingers into fists, anything to make them put their hands all over me.