Find Me
A Burglar's Guide to the City 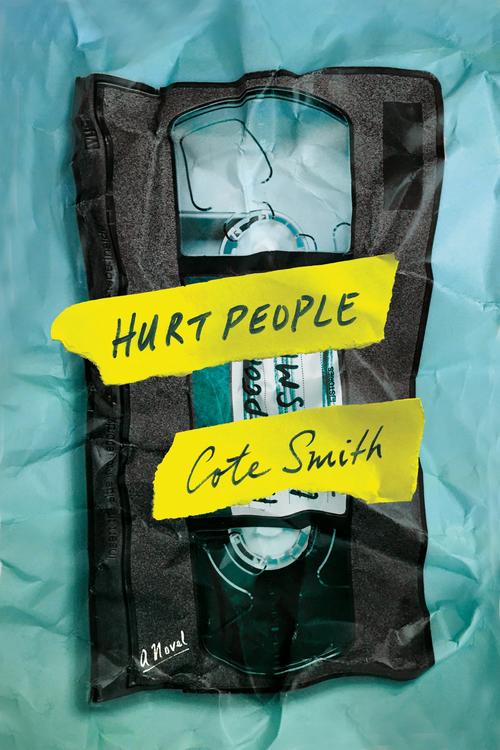 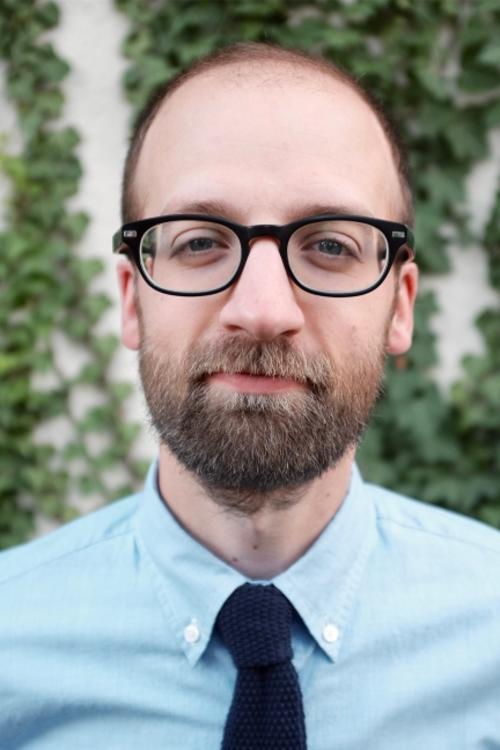 Summer of 1988. Leavenworth, Kansas: a town with four major prisons, gripped by the recent escape of a convict. Yet for two young brothers, all that matters is the pool in their apartment complex. They spend their blissful days practicing dives while their divorcée mother works her day shift at the golf course and their policeman father patrols the streets. But when a mysterious stranger appears poolside and creates a rift between the brothers, the younger one wonders just what these visits to the pool might ultimately cost.

Based on Cote Smith's well-received short story of the same name, Hurt People will hold you in its grip to the very last page. Eerily atmospheric, lean, and forceful, this is a debut from a slyly talented new writer.

An excerpt from Hurt People

All we wanted was the pool. It waited in the center of our apartment complex, sleeping beneath a blue tarp. Sometimes the wind snuck under the tarp and puffed it up as it passed, giving the pool an irregular, visible pulse.

My brother and I walked by the pool every spring day after school. This was in 1988. He would grab the gate’s bars and stare. I touched the bars too. I wanted the pool because I wanted what ever my brother wanted, whether anyone said I could have it or not.

Now it was summer. School was out, the tarp was off, and the rest was up to our mother. We asked to swim every day after Memorial Day. Our mother hadn’t said yes yet. It’s too cold, she said. I’m too tired. You just ate.

We didn’t give up.

We pressed her in every way we could. My brother was a real good arguer. A teacher once told my mother he would make a good lawyer someday, and in a city where there were more prisons than restaurants, that could be a good thing.

We lived in Leavenworth, a city famous for its prisons. My brother and I could name all four. There was the county jail, where the local felons lived; the women’s prison, where all the bad wives and mothers went; and there was the juvenile correctional facility, home to the troubled young. But it was the federal penitentiary, stuck on a hill between Leavenworth and Fort Leavenworth, that loomed over everything. At school I’d seen pictures of palaces of kings and queens. This prison was bigger than all of them. Tall walls of concrete a mile long. Layers of barbed- wire fences. Guards perched in scattered sniper towers, in case anyone tried to escape. This, our mother told us, is where the country’s worst wind up. This is what happens. She liked to remind us that when someone did something wrong, they were always punished, one way or another. And in our case, she said, living where we did, the punishment was always close. Waiting.

“I’ll make you boys a deal,” my mother said one morning. The three of us were in the kitchen, sitting at our small square table. Sitting down, our mother towered over us. She was taller than most women, even minus her huge head of hair. But she was also very skinny, something she passed on to me. Random people told us we needed to eat.

My mother leaned over her plate of french- toast sticks, waved us in conspiratorially. “If the temperature hits seventy-five,” she said, “then we’ll all go to the pool.” She got up with her cup of coffee and left the kitchen, not waiting to field any questions. A moment later, we heard her bedroom door close, and then nothing, though I knew if I crept up and put my ear to the door, I would hear the soft hum of her rotating fan. She always slept with it on, a habit from the days with our dad.

It had been more than a year since our parents split, but we saw leftovers of our old life everywhere. A nasty washcloth, soggy under the sink, was actually our dad’s old tank top. A wineglass hidden in the cupboard at our dad’s duplex had the faint stain of our mother’s lips. If, when playing a game with my brother, I accused him of cheating, a tension stung the air.

Our dad was a cop for the city, and had been since before I was born. He was a popular policeman, so popular that it was hard to go do something quick like get gas or groceries without a stranger stopping him for small talk. They would ask about a missing person, news of the latest escape, or, with head down and eyes to the side, about the possible leniency of the law. But our dad never appeared put out, not to the people anyway, and they really liked him for this. His boss was to retire any time now, and in their heads the people had already ordained my dad their next chief.

Our mother never discussed our dad, other than to say, It’s Friday, go pack your bag. I guess she didn’t want us to know what she thought of him. There were times, though, when she was too tired or frustrated to filter her thoughts. One morning, for example, we were late to school because my brother spent too long getting ready in the bathroom. You’re ten, my mother said to him as she turned into the school parking lot. What do you care how you look? God, you’re just like your dad. Another time, while walking downtown with our mother, we saw a picture of our dad on the front page of the local newspaper. But when we asked our mother if we could buy the paper, cut out the picture, and give it to our dad, she sighed and told us no. Believe me, she said, he already knows.

It was normal for our mother to go back to sleep after breakfast. She did this when it was her turn to work the late shift at the golf course on post. She worked there six days a week and a lot of those days she worked nights too, manning the pro shop while Army men, reluctant to return to their tiny quarters, hit bucket after bucket at the driving range. If she wasn’t home by our assigned bedtime, my brother and I dragged our blankets to the living room to camp out for the night. We borrowed couch cushions and made a makeshift bed on the floor, next to the box fan. We tucked ourselves in and slept close.

We put our plates away and started dialing Time and Temperature. My brother said, “You can dial first because you are the youngest.” Time and Temp was the only number I was allowed to dial. I had it memorized. I grabbed the phone off the wall, stretched the cord to the floor, and dialed. The tone purred once before the robot lady answered. She said hello to me and that the time was too early, the temperature too low.

I waited three minutes and tried again. This was our plan. After ten disappointing dials, I pulled the phone out of the kitchen to see what my brother was doing. I caught him on the couch, looking at the naked ladies in our mother’s encyclopedias. The encyclopedias were an anniversary gift to my mother from my dad. Before they had separated, my mother often talked about going back to school to become a teacher. She was a big fan of history, she once told me, of learning from the mistakes of the past, including her own.

“You shouldn’t be doing that,” I said, though I had seen these naked ladies too. My brother had shown them to me.

“It was OK the other day,” he said, “when you were looking.” I hugged the phone against my ear with my shoulder, to look like an adult.

“You told me to come see. I didn’t know what it was going to be.”

I couldn’t think of a way to argue with him. My brother was older than me, by twenty-two months, a fact he was always throwing in my face. And it was a book, something about the human body. But the lady pictured, who was half skin, half insides, looked too much like our mother, making me uncomfortable. Her fully skinned half was model beautiful with blond hair. She had big blue eyes, twig legs like me.

I hung the phone up and went over to my brother, sitting with the book on his lap. I sat next to him so our knees touched, and looked at the lady. She wasn’t looking back. Her face was turned to the side, flushed with red. I could see one breast.

“Mom wouldn’t like this,” I said. My brother closed the book but didn’t move to put it away.

My mother must have woken to the loud thumping. She came into the living room and saw my brother giving a cushion a flying elbow drop off the couch. I was in the kitchen with a beach towel tied around my neck like a cape. I was doing a running man dance. The phone was in my hand.

“Stop,” my mother said. “Have you lost your mind?” She had a hand in her big hair. I gave her the phone and let her hear the robot lady speak.

The time is twelve fifteen p.m. and the temperature is seventy- six degrees. She held the phone away from her face and frowned.

“You guys, you’re going to hate me for this, but I’m just too tired,” she said. I stopped running in place. My brother stood on the couch with his shirt off.

“I don’t understand,” he said.

“There’s nothing to understand. We need a new weatherwoman.” My brother jumped down. “It was only supposed to get up to seventy,” our mother said. She held the phone by its cord now. The receiver banged the floor. “And I have to work to night.”

I took my towel off and sulked out of the kitchen. I moped past my brother and fell face-first into the couch.

I held my breath and pretended I was doing a dead man’s float.

“I can take him,” my brother said, “if that’s what this is all about.” I pushed my face deeper into the crack between the couch cushions. My eyes were open but everything was black.

“You don’t have to come,” my brother said.

There was a pause.

“Hmm,” my mother said. In the blackness I could almost hear her think. “How old are you?” she asked my brother.

“That’s right. And you’re going into what grade?”

“But I’m old for my grade. Plus I’m smarter than the other kids at school. When the teacher has to leave the room, I’m the one put in charge.”

“I don’t care about those kids,” my mother said. “This is you and my baby boy we’re talking about. Will you keep your eye on him?”

“Yes,” my brother said. “He’s my brother.” This statement made me smile. I lifted my face out of the cushions. My mother looked like she wanted to give in.

“Fine,” she finally said. “But in for dinner before it gets dark.” We nodded. I could hear the phone’s dead dial tone, beeping at us like a quiet alarm. Our mother picked up the receiver and pointed it at us. “You guys watch out for each other, OK?”

My brother put his arm around me.