Nobody Is Ever Missing 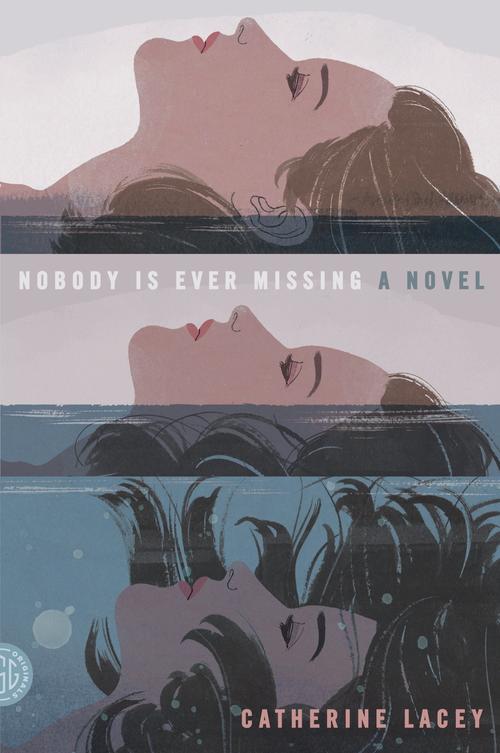 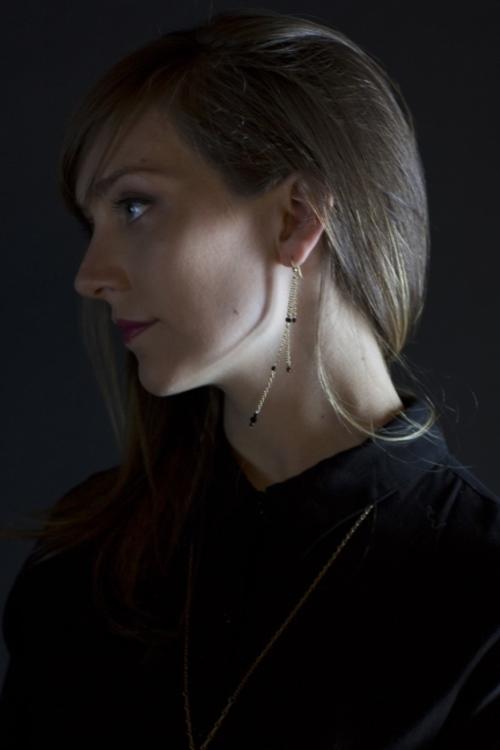 Without telling her family, Elyria takes a one-way flight to New Zealand, abruptly leaving her stable but unfulfilling life in Manhattan. As her husband scrambles to figure out what happened to her, Elyria hurtles into the unknown, testing fate by hitchhiking, tacitly being swept into the lives of strangers, and sleeping in fields, forests, and public parks.
Her risky and often surreal encounters with the people and wildlife of New Zealand propel Elyria deeper into her deteriorating mind. Haunted by her sister's death and consumed by an inner violence, her growing rage remains so expertly concealed that those who meet her sense nothing unwell. This discord between her inner and outer reality leads her to another obsession: If her truest self is invisible and unknowable to others, is she even alive?
The risks Elyria takes on her journey are paralleled by the risks Catherine Lacey takes on the page. In urgent, spiraling prose she whittles away at the rage within Elyria and exposes the very real, very knowable anxiety of the human condition. And yet somehow Lacey manages to poke fun at her unrelenting self-consciousness, her high-stakes search for the dark heart of the self. In the spirit of Haruki Murakami and Amelia Gray, Nobody Is Ever Missing is full of mordant humor and uncanny insights, as Elyria waffles between obsession and numbness in the face of love, loss, danger, and self-knowledge.

An excerpt from Nobody Is Ever Missing

There might be people in this world who can read minds against their will and if that kind of person exists I am pretty sure my husband is one of them. I think this because of what happened the week I knew I’d be leaving soon, but he didn’t know; I knew I needed to tell him this but I couldn’t imagine any possible way to get my mouth to make those words, and since my husband can unintentionally read minds, he drank a good deal more than usual that week, jars of gin mostly, but tall beers from the deli, too. He’d walk in sipping a can hidden in a paper bag, smile like it was a joke.

Inside our laughing we weren’t really laughing.

The morning I left he got out of bed, got dressed, and left the room. I stayed cold awake under shut lids until I heard our front door close. I left the apartment at noon wearing my backpack and I felt so sick and absurd that I walked into a bar instead of the subway. I ordered a double bourbon even though I don’t usually drink like that and the bartender asked me where I was from and I said Germany for no good reason, or maybe just so he wouldn’t try to talk to me, or maybe because I needed to live in some other story for a half hour: I was a lone German woman, here to see the Statue of Liberty and the Square of Time and the Park of Central (not a woman taking a one-way flight to a country where she only knew one person, who had only once extended an offer of his guest room, which, when she thought of it again, seemed to be the kind of invitation a person extends when they know it won’t be taken but it was too late now because I was taking it and oh well oh well oh well).

A man took the stool beside me despite a long row of empties, ordered a cranberry and nothing.

What’s your trouble? he asked me. Tell me your trouble, baby. I looked back at him like I didn’t have any trouble to tell because that’s my trouble, I thought, not knowing how to tell it, and this is why my favorite thing about airport security is how you can cry the whole way through and they’ll only try to figure out whether you’ll blow up. They’ll still search you if they want to search you. They’ll still try to detect metal on you. They’ll still yell about laptops and liquids and gels and shoes, and no one will ask what’s wrong because everything is already wrong, and they won’t look twice at you because they’re only paid to look once. And for this, sometimes, some people are thankful.

Women—they’d squint quick, make a worried face, continue on. Men (I later learned) stared from the farthest distance—their eyes trained to stay on me in case I was something they needed to shoot or capture—but they hardly ever stopped. Up close, I was not so promising: just a woman wearing a backpack, a cardigan, green sneakers. And young- seeming, of course, because you must seem young to get away with this kind of vulnerability, standing on a road’s shoulder, showing the pale underside of your arm. You must seem both totally harmless and able, if necessary, to push a knife through any tender gut.

All I knew was what I’d read on that map at the airport: south until I hit Wellington, across on the ferry, then Picton, Nelson, Takaka, and Golden Bay, Werner’s farm, the address scrawled on that bit of paper that had started all this.

When the plane landed that morning, I hadn’t slept for thirty-seven hours or so. After they’d dimmed the lights I’d kept my eyes wide, my brain cruising into an endless horizon. I didn’t read anything or watch anything on the screen inches from my face. I listened to sleeping bodies breathe; I tried to pick words out of feathery voices, rows away. The flight attendants swayed down the aisles and winked and pursed their lips and handed me very certain amounts of food substance: bread roll smooth as a lightbulb; tongue-sized piece of chicken; thirty-two peanuts in a metallic pocket. I bit into a flap of cheese, not noticing the plastic, then gave up on food.

Outside baggage claim I watched a man smoking a cigarette and kicking something along the curb, sunlight splintering around him like a painting of a saint. This was all it was, this country I’d catapulted into.

The woman laughed but I was not in a place to see humor. I suppose it had been funny, but when I stared back at her with nothing on my face she stopped laughing. A long, curved nose gave her the regal but unflattering look of a falcon or toucan. She spoke to me like I was a child, which was fine because I wanted to be one. Lately, I couldn’t remember those years, as if childhood was a movie I’d only seen the previews to.

You’re a brave lass, aren’t you? Don’t see many like you out on the road.

There’s a certain kind of woman who will notice someone’s terror and call it bravery.

Oh, not too many, she said. Not anymore. Everywhere is dangerous these days. Would you have a pear? Help yourself to a Nashi. I have loads of ’em, a special at the grocery.

She told me about her eleven-year-old son, an accident she’d made in her twenties, and I ate a pear with the juice going everywhere, but she was only going to Papakura, so she let me out by a petrol station not far down the highway.

Don’t you let any blokes pick you up, you hear? If one stops, you just let him keep going. We’re always keeping an eye out, other women, you know. Another will stop for you soon enough.

I said I would, but I knew I wouldn’t take her advice, because I can never manage to reject anyone’s offer of anything; this was one of the only things about myself of which I was certain.

For a while there were no cars to show my thumb to, but I kept standing there, not even having an appropriate curiosity about this new country (a boring little mountain, a plain blue lake, a gas station, the same as ours only slightly not). The skin on my lips was drying and I thought about how all the cells on every body are on their way to a total lack of moisture and everyone alive has that thought all the time but almost no one says it and no one says it because they don’t really think that thought, they just have it, like they have toes, like most people have toes; and the knowledge that we’re all drying up is what presses the gas pedal in all the cars people drive away from where they are, which reminded me that I wasn’t going anywhere, and I noticed that many cars had passed but none had stopped or even slowed, and I began to wonder about what would happen if no one took me, if the first woman had been a fluke and hitchhiking had been left in the seventies with other now-dangerous things—lead paint, certain plastics, free love—and I was going to be stuck here forever, watching no cars drive by, thinking about my cells all helpless to their drying.

I decided to try to look happy because I thought someone might be more inclined to pick up someone who was happy.

I am happy, I told myself, I am a happy person. I opened my eyes more than was necessary and hoped this would convey my happiness to the cars, but they kept passing.

My arm stayed out for a long time and my elbow ached at the spot where they’d always taken the blood, and I became so accustomed to the passing cars that I forgot that the point of all this was for me to get into a car and go somewhere, but nothing was following anything else—one car would pass, then another, but all the cars came and went alone. And I was here. And nothing had followed me—I was a human non sequitur—senseless and misplaced, a bad joke, a joke with no place to land. The sky was a good sky color and the air was healthy feeling, and maybe this was the kind of day that reminded all those drivers that days are a finite resource and it’s best to protect the ones you have. This kind of day doesn’t want you to dare it, doesn’t want you to flip a coin, doesn’t want you to pick up a stranger off the side of the road.

But eventually that first woman was proven right—it was the women who stopped, who insisted they never picked up hitchhikers, only women with thumbs out, damsels in transportation distress—which was what the second woman said, and I thought, Sure, fine, whatever—I wasn’t going to mince words with anyone. There was no reason for that. She was on her way home from a hospital where she was a nurse, so I asked her what I had been thinking about ever since that last day at the lab:

What do they do with the blood? After they’re done with it, I mean.

What blood? she asked.

When they test it. After they test it for disease or hormone levels or what ever. All those tubes of it— what happens?

Well, they dispose of it. It is hazardous waste.

But where does it go?

Into a secure place. First a tube, then a hazardous-waste container, then the containers are taken away by a company. They put it somewhere safe and secure and no one ever touches it ever again.

And that put an end to our talking. We didn’t say another thing until she let me out where she had to let me out.

Good luck, she said, take care. And stay away from those blokes.