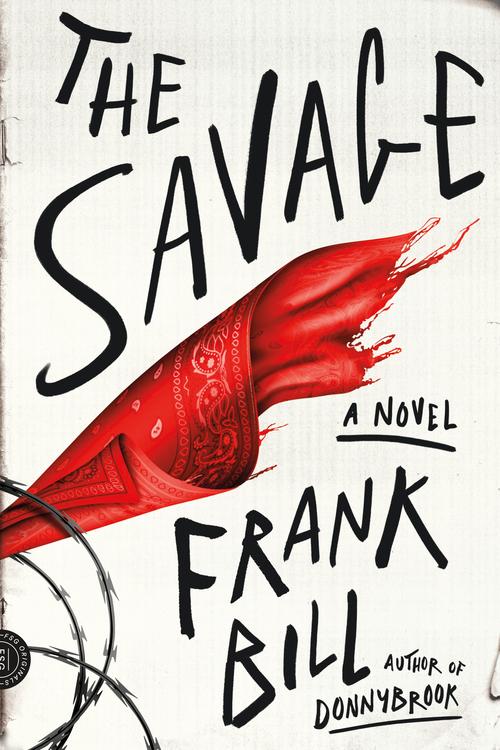 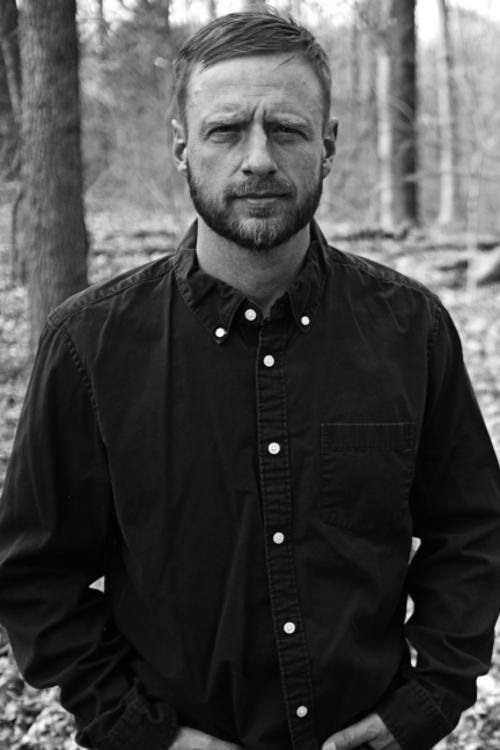 In the raucous and action-packed follow-up to Donnybrook, mayhem is still the order of the day—only more so

The dollar has failed; the grid is wiped out. Walmarts are looted and homes are abandoned as common folk flee and bloodthirsty militias fight for power. In a twenty-first century America gone haywire, Darwinian struggle for survival is the law of the land.

Van Dorn, eighteen and running solo, was raised by his father in the old ways: to value survival, self-reliance, and righteousness. Determined to seek justice, he fights through a litany of horrors to save those captured by Cotto, a savage, drug-crazed warlord who has risen among the roving gangs, gaining territory while enslaving women and children. As destinies collide and survival becomes an increasingly distant fantasy, battling ideals of right and wrong come to an explosive head.

Chock-full of the razor-sharp prose and bloodlust that made Donnybrook impossible to put down, The Savage nonetheless finds Frank Bill raising the stakes. Here, one of America’s most iconoclastic young storytellers presents an unnerving vision of a fractured America gone terribly wrong, and a study of what happens when the last systems of morality and society collapse.

An excerpt from The Savage

Clasping his eyelids tight, Van Dorn recalled the echo from the radio, speaking of the dollar losing its worth. Of a global downfall dominoing across the U.S., of militias formed by The Disgruntled Americans, a group of fed up military and police tired of the government milking the working class. They wanted change, so they’d taken out the grids, the world’s power switch, eliminating lights, sounds and anything that warranted electricity and what followed was the images of men being kneeled in front of women and children, homes besieged by flame, a pistol or rifle indenting a face enraged by fear, hurt and anger. Trigger pulled. Brain, skull and hair fertilizing the soil with departure. One man’s life taken by another without mercy.

Van Dorn had spied upon these foreigners over the passing months. Men who’d trespassed through the acres, raiding, robbing, slaughtering and burning human, home and salvation.

Opening his eyes, sweat trickled a salty burn from his brow. Wanting to help those weak and in need, he feared risking this freedom he’d forged since the fallout, one of silence, separation and singleness. Instead, he’d made his way back into the camouflage of the

woods. Tried to dissolve what he’d viewed from his memory, though it haunted him night after night.

Hunger pained Van Dorn’s stomach as he’d not eaten in days. Laying a hand to the heat of the broken pavement, his chest pounded with dread from the engines’ bouncing horsepower through the valley, the sounds and vibration were a signal, these men were getting closer. He knew what they’d bring. Death.

Glancing back through the line of brush and briar that scripted the hillside, Van Dorn knew he couldn’t drag the venison that lay before him back to shelter to field dress it. He’d no choice but to chance his freedom. Salvage what meat he could out in the open.

Several miles back, he’d shot the doe. Tracked the beast’s blood spots over the dead leaves until it gave in. Tumbled downhill and out into the open road.

Before the power devolved to a station devoid of words, the static speak on a local NPR news foretold of the unraveling domino effect that was upon the land. How the US dollar had failed as one war after another bankrupted the very same government that had created the disaster with countries they dealt promises to in the first place. Countries that had been using their own country’s currency rather than America’s coin for day to day living. These countries and foreign territories waited for America to crumble within a digital age of gadgets, degrees and national debt. Disorder was coming in pockets of civil unrest. Militias had formed after The Disgruntled Americans made a bold statement with armed robbery, testing the strength of the U.S.’s protection to its citizens. Men and women had walked off of their jobs. Law enforcement disbanded. States were attempting to secede the union. Cities and towns were being looted. Criminals were beginning to run rampant. Military had been spread thin, were trapped on foreign continents fighting other men’s conflicts. Human beings who wanted to govern and police everything had lost their rules. Then came the explosions from the networking of small militias. Electricity had been cut and the everyday noise of vehicles, music, television and people vanished.

Taking in the glassy coal eyes, trees sketched shadows over Van Dorn as he unsheathed his blade, thinking of a time before his father and he had settled with the Widow, a time when his father and he had roamed the roads like vagabonds. Stealing and scrapping. Living hand to mouth. It was preparation. Something Van Dorn didn’t understand then but understood now, so many years later.

With the blade in his right hand, his left spread beneath the deer’s chin. Pulled the head back. Pressed the edge into the white of the deer’s throat. Watched the blood spill warm.

Lifting the hindquarter, Van Dorn stabbed the serrated edge above the genitals. Split the hide up to the ribcage, careful not to part the intestines or the stomach, taint the meat. Fluid steamed from the innards. Flies buzz-sawed the air around his one hand, severing the fat, which held the colors of plum, crimson and pearl hanging half out. He cut the diaphragm from the cavity. Dug his arms elbow-deep up into the venison, feeling the wall of heat and marrow, gripping the esophagus with one hand, the other hand severing it with the steel.

In Van Dorn’s mind, he recalled the broken-speak of his father telling how the only thing of value would be a commodity: Something of weight. Gold. Silver. Bullets. Arrows. Those things that’d break or burn flesh would render food, water, survival.

Buzzards circled overhead. A few landed fifteen feet away, stood tall as Van Dorn leaning forward on his knees. Tawny beaks hooking the slick noodle insides. Jerking the fuming hues of organ as he tossed them their way.

Crystalline beads stung Van Dorn’s eyes. Red encircled around the venison’s outline. Splitting the almond hide around the neck and shoulder, he dug his feelers into the fur, pulled it down the carcass and freed it from the shoulder, ribs, spine and hindquarter, exposing the beet-colored meat. He paused. Heard the barreling sound lessening his time for what he could cut. He’d have to make a decision.

With a fevered action, Van Dorn guided the blade down one side of the spine. Hands stained warm and slick, he carved and sectioned the loin. Placed it into the foiled insides of his satchel. Zipped it closed. Warded off the heated air and the insects with their larvae.

Eyes swiveled from side to side, keeping watch up and down the passage of the back road. Ears tuned to the vibration of distance being closed by the oncoming rumble as he worked the blade along the shoulder.

Across the road triple strands of rusted barbwire ran from post to post, bordering a barren expansion of dirt and burnt weeds where crops were once nurtured. Now it just held unturned soil that hid the scattered bones of horse, cow or wild game that’d been set free or run down and butchered or wasted for this new sport called survival.

A 30/30 lever action Marlon lay over Van Dorn’s back, a gift from his father, Horace, once belonged to his grandfather. Rungs of brass ran across his front, a gift from the Widow a few years ago. Handcrafted by the crazed Pentecost Bill, a leather smith with three daughters spewing the teachings of the good book.

The rattle of engines replaced sound. Slick insides splatted from the buzzard’s beaks to the ground. They extended their shadowy wingspan. Disappeared into the gray-blue above. Van Dorn turned. Sheathed the blade. Ran. Worked his way up the hillside.

Hands red and pealing, he grabbed small trees for leverage. Climbed his way up the embankment of splintered sycamore, gray oak, briar and dying fern. Trundles of leaves lay upturned from the weight of his tracked kill. Hamstrings burned and forearms tightened as his heart raced.

Two ATV’s humming with the knotted tread of mud and black plastic fenders throttled down. Went silent. Behind them a flatbed’s transmission grinded gears to second then first, slowing its pace. Tires came to a stop and the engine found the same quiet as the ATV’s that waited on the road now thirty feet below Van Dorn.

Two men stepped from their four wheelers. Boots crunched across the road. Door hinges squeaked from the flatbed’s cab. The third man dragged his leg, raking the crumbling silt of the road.

Foreign English retreated from one of the upright men. “What is this beast?”

While the other voiced, “Tis a deer.”

The hobbling man paid them no mind. Raised his head to the air like a malformed dog. Inhaling the bark, leaves and pollen that lay within the hot air.

Van Dorn sat, ducked down behind a barrel shaped-oak. Chest heaving in his temples. Lactic acid stiffening his muscles. His hands quaking with the fear of being captured. Possibly killed by these ungodly forms of human. Criminals. Seeing them more and more over the passing weeks. Crossing the county back roads and Highway 62.

Unable to fight it, he wanted to catch a better glimpse of the men. To view these savages. Swiveled his neck, peeked through the weeds that camouflaged him, took in the three shapes. Two stood, one kneeled. All sniffing the dry heat of the day.

Their arms, bulky cords of muscle connected to bone by tendon. Inked with skeletons, devil horns, daggers and lettering, suspending from leather vests and jagged flannel. One of them had hair rifling in singed fibers from his skull. Another’s face was stitched and chinked by scars.

The two that stood kept pivoting their heads. Taking in the surroundings. Studying the landscape. While the one kneeling poked the violet meat. Thumbed the hide hanging loose, submerged his index into the blood that had expanded from the field dressing. Tasted it. His eyes followed where the loin had been removed while his right digit traced it. Van Dorn heard the words that sputtered like an exhaustless vehicle. “Tis a fresh kill.”

Glancing up the hillside, the kneeling man sat patient. Eyeing the incline for a hint of passage. Watched the dead stillness of trees and leaves. His head turned oddly. Deciphered the skids of soil. Looked at the downward path Dorn and the deer had created.

Van Dorn could taste the stench of these men. They’d the air of mildew, scorched anti-freeze, gunpowder and decayed flesh. It made his throat burn from the acid that bubbled in his gut. Fighting the dread embedded within, Dorn slowly turned his eyes away from the distorted silhouettes of men. Looked behind him, upward through the tiny growth of trees and briar, forty more feet to the top. Another fifty to Red, his mule. And all at once an itch tickled his nostrils, a numb comfort overcame his mouth and he sneezed. “Shit!” he mumbled. 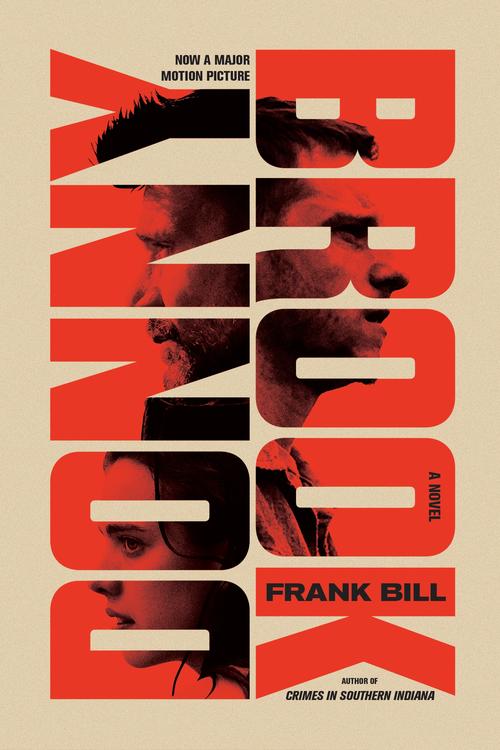 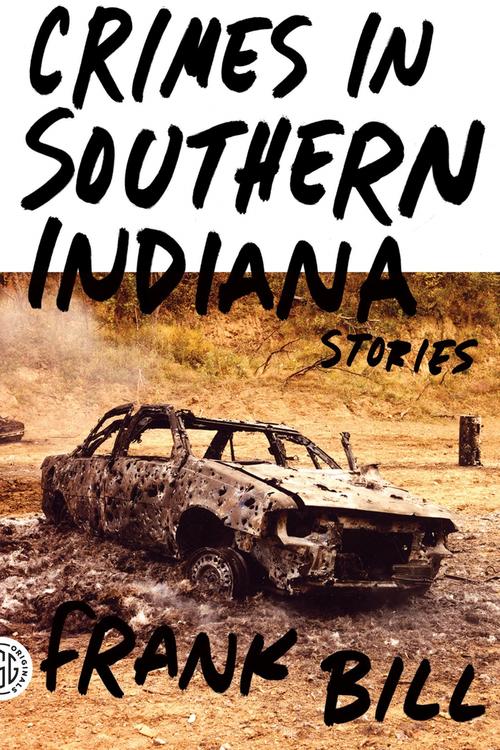