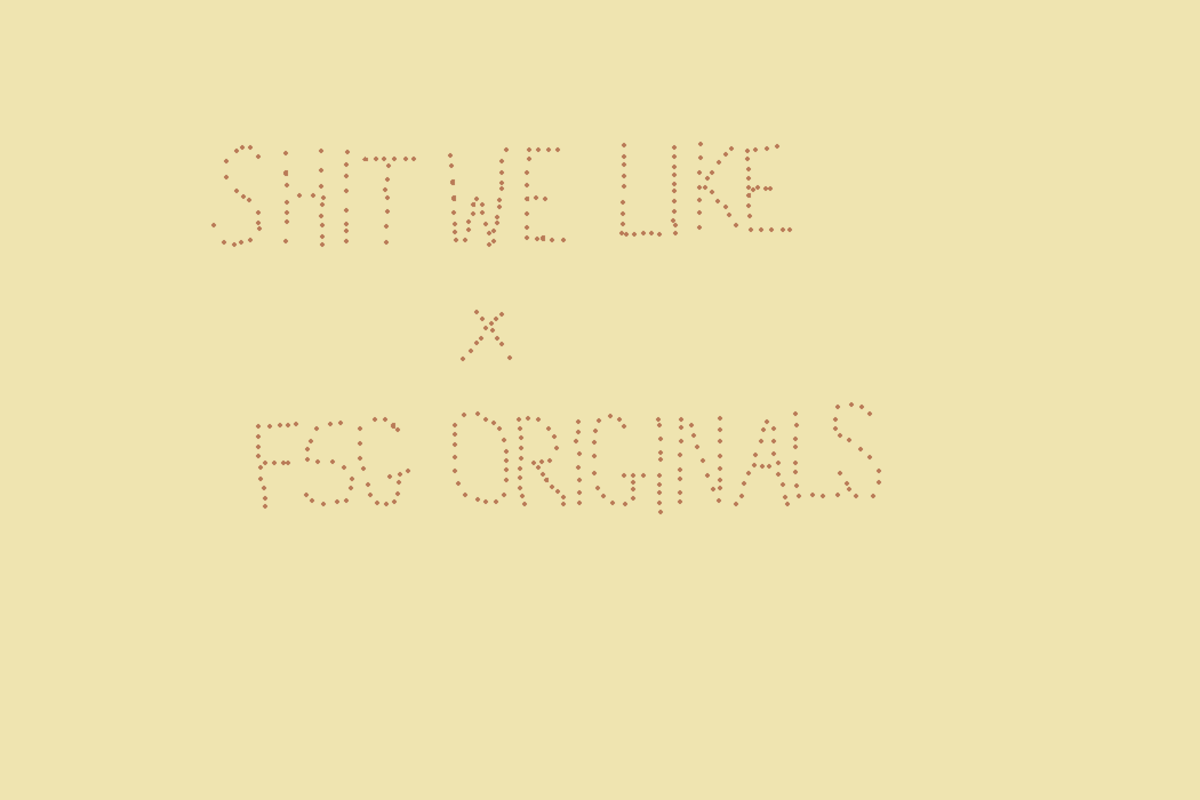 NYC is finally giving us some cute weather. Here’s some shit we like. :)

“Sports Men” by Haruomi Hosono: This song arrived in my life in the middle of a string of strangely chilly June days like a sharp hit of Pampelmousse LaCroix — sparkly, bright, and a little nebulous — or like summer in NYC in a song. From the first few words — “Twitching, probing, twitching, probing” — it rendered everything else I’ve been listening to recently dull as fuck (with this notable exception). Hosono’s been making music since the 70s, and he’s insanely prolific! He’s been in dozens of bands (including Happy End, whose song “Kaze Wo Atsumete” appeared in Lost in Translation, and Yellow Magic Orchestra, which I’m only just getting into) and collaborated with a slew of geniuses. And! He made this very rad album called Video Game Music. As an artist, songwriter, and producer, he’s considered one of the grandfathers of modern Japanese pop music, but his taste is ranging and eclectic and weird. Fortunately, Seattle’s Light in the Attic Records plans to reissue five of his albums later this year. (NH)

Amos Barshad’s Dinner with Drake: I’ve been a fan of Amos’s writing forever, and his recent Pitchfork piece is one of the reasons why. When Amos was just starting out as a writer in 2008, he interviewed a very young Drake for Heeb, “a spiky publication that imagined itself as the home for discerning, self-effacing Jewish hipsters.” Part of that interview was having dinner with the man himself in Toronto. It’s a hilarious piece of storytelling that also shines a light on Amos’s growth as a writer (and his early fumbles) and Drake’s career. It’s the type of music writing I wish we had more of. Mazel Tov! (JH)

I didn’t do much cultural consumption this week, I’m sad to say. Though I guess that’s not entirely true. I did a bunch of editing and read a bunch of submissions and acquired a book I’m head over heels for. That’s maybe why I keep doing this job–because even when I have no time for extracurricular activities the work itself is what I would hope to be doing with my free time. I think I just did a humble brag. Forgive me. I also know that I can’t be good at my job if I’m not paying attention to what’s happening out in the wide world of art and culture. So I’ll be better next week, I promise. I have listened to the new Kanye. And the new Neko Case has been my 2-year-old’s dinner soundtrack almost every night for the past couple weeks. She is a goddess warrior and I would follow her anywhere. Did you ever seen this? And have you ever seen her live? She is magic. Also one time we saw Michael Shannon at one of her shows and we just about blew our collective load. We being me and my husband–Michael Shannon is our hall pass. Also James Harden. And Frances McDormand. Sorry this has turned into an email I would write to my sister. Oh! I also went to the doctor this week and this is my doctor’s building. Isn’t she beautiful? (EB)