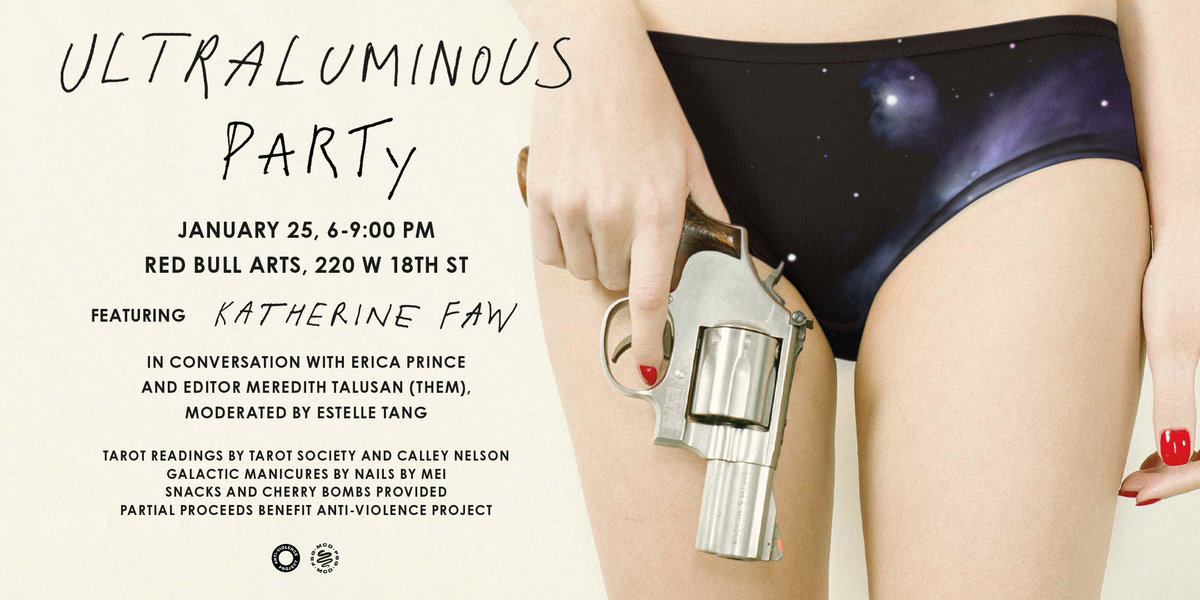 On Thursday, January 25th at Red Bull Arts New York, MCD will be hosting our very first event! We’re excited to celebrate the launch of Katherine Faw’s Ultraluminous, which The New Yorker described as “a sort of “American Psycho” from the prostitute’s point of view, a damning, often hilarious account of toxic masculinity and Wall Street money culture.”

Owing to that fantastic description and the book’s explosiveness, we’re throwing an event worthy of its subject: manicures by Mei, cherry bomb cocktails, and readings by Tarot Society. The event will also feature a live panel with Katherine, performance artist Erica Prince, and them. Senior Editor Meredith Talusan, moderated by Elle editor Estelle Tang.

A portion of the proceeds will be donated to the Anti-Violence Project. Check out the Facebook event here, and buy a ticket here. We hope to see you!