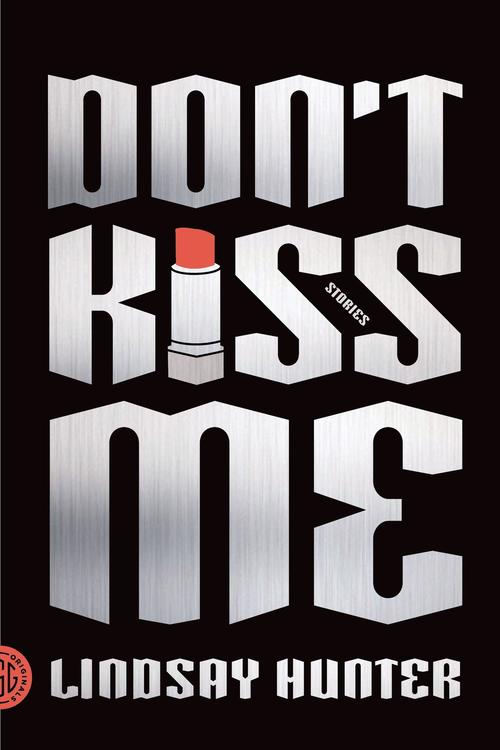 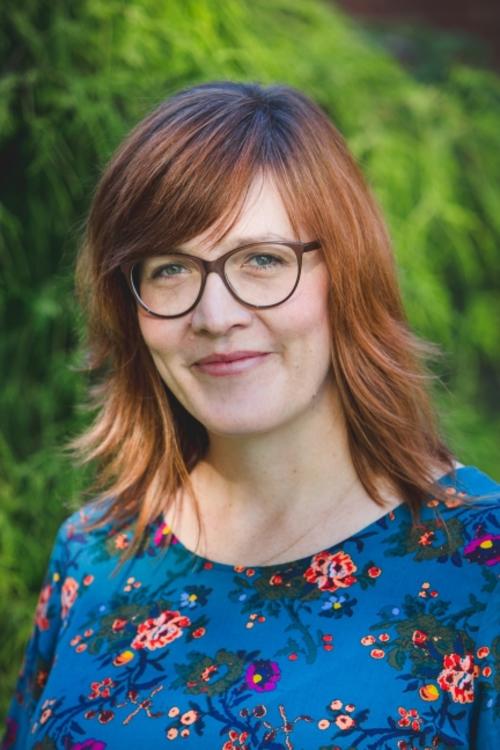 An explosive story collection from a bold, blistering new voice

With broken language, deep vernacular, unexpectedly fierce empathy, and a pace that'll break your granny's neck, Lindsay Hunter lures, cajoles, and wrenches readers into the wild world of Don't Kiss Me.
Here you'll meet Peggy Paula, who works the late shift at Perkin's and envies the popular girls who come in to eat french fries and brag about how far they let the boys get with them. You'll meet a woman in her mid-thirties pining for her mean-spirited, abusive boyfriend, Del, a nine-year-old who is in no way her actual boyfriend. And just try to resist the noir story of a reluctant, Afrin-addled detective.
Self-loathing, self-loving, and otherwise trapped by their own dumb selves, these characters make one cringe-worthy mistake after another. But for each bone-headed move, Hunter delivers a surprising moment that chokes you up as you peer into what seemed like deep emptiness and discover a profound longing for human understanding. It's the collision of these moments that make this a powerful, alive book.
The stories of Don't Kiss Me are united by Hunter's singular voice and unflinching eye. By turns crass and tender, heartbreaking and devastatingly funny, her stories expose a world full of characters seemingly driven by desperation, but in the end, they're the ones who get the last laugh. Hunter is at the forefront of the boldest, most provocative writers working now.

An excerpt from Don't Kiss Me

THREE THINGS YOU SHOULD KNOW ABOUT PEGGY PAULA

One. In high school Peggy Paula worked as a waitress at the Perkins. Night shifts were her favorite, kids from her school would come in after games or dances with bleary eyes and messy hair and Peggy Paula knew they’d been drinking and smoking those flimsy joints she’d see them passing, the girls with smudged makeup and rat’s nests in the back of their heads, proud unblinking eyes, scanning the dining room like I dare you, I dare you to guess what I just let Jared or Steve or Casey do to me, I let him and I liked it and I don’t care, and Peggy Paula felt honored just to be near these girls, envious, taking their orders for French fries and ranch, keeping their secrets and the sticky lipgloss tubes they’d sometimes leave behind, watermelon and cherry and berry and once a spicy cinnamon that burned Peggy Paula’s lips for an hour, what kind of girl wanted burning lips, poison lips, Peggy Paula’s heart pounding at the thought of such a girl, of the boy who went aft er such a girl in the backseat of his father’s sedan, the girl stinging his lips, his neck, moving farther down, burning that boy up with her mouth, Peggy Paula going into the bathroom stall and wanting to touch herself but not knowing where to begin, wanting to begin everywhere, standing with her fists clenched and breathing hard, and then needing to be out from the stall and moving and so going back to the dining room feeling every inch of her skin, her lips cherry red and raw when she saw her reflection in the toaster, and three weeks later asking the redheaded dishwasher to drive her home and directing him to the spot she knew those girls went to, her lips aflame when he pulled up, sliding over, the stick shift digging into her hip, putting her mouth on his freckled neck, it smelled like mashed potatoes and industrial soap and sweat, her hand first on his thigh and then crab-crawling to his zipper, it was already hardening under there despite him saying, Hey hey, what, and Peggy Paula saying, Just, please, and the dishwasher quiet aft er that, letting Peggy Paula, letting her, following her into the backseat, holding her tight when it happened, saying, I’m sorry, and Peggy Paula saying, Shh, stinging his shoulder with her lips and his back with her nails and feeling filled up and afraid and like her heart could kick the windows out.

Two. Peggy Paula has a kidney-shaped scar on her lower back from falling out an open window backward at a disco. She was there to meet men, but all the men at this disco seemed more interested in each other, though she couldn’t be sure. She found a place by a window so she could see the men coming and going, moving her feet side to side, the disco just a ware house with walls of windows and colored lights with roving beams, a purple lightbeam getting her right in the eyes and Peggy Paula holding her clutch up to her eyes and backing away from it and right out the window, the music so loud and the lights so frantic that nobody noticed. She fell into the Dumpster, staring up at the dark starless sky, her head nestling perfectly in the butt part of an old baby seat once it became clear she wouldn’t be getting out on her own any time soon. The DJ cycled through “Jive Talkin’ ” twice before she was finally found, Peggy Paula not being able to help singing along despite her numb toes, despite the smell of rotten apples and wet cardboard and pee. How is there pee in the Dumpster, it seems real inconvenient, Peggy Paula was thinking, and I swear seconds later, she’d say, seconds later a boy in a sequin robe thing stood on some milk crates so he could pee into the Dumpster, his blond head looking up, and Peggy Paula still singing to herself so instead of screaming Hey or Stop she screamed TRAGEDY, and the boy so startled that his pee shot out and piddled the empty TV box just to the left of Peggy Paula, and he couldn’t stop, him apologizing, Oh God sorry, Oh my God lady, I’m so sorry, my idiot dick I can’t stop, I can’t stop, and Peggy Paula just waiting it out with her eyes closed, thinking how it smelled like warmed butter, or buttered popcorn, something comforting like that, thinking it was kind of nice, kind of intimate, and suddenly feeling grateful for the whole night—the torturous application of blue eyeshadow, then green, then back to blue; the realization that her new dance move made her armfat shudder like tapioca in the pot; the eye contact she made with a mustachioed man who squinted, getting her into focus, then turned away; the crippling barbed loneliness that drove her out into the night and all the way to this disco—it was all worth it because it boiled down to this lovely private moment with a polite blond boy, who drove her to the hospital so she could get fourteen stitches and an ankle brace, and on the drive home told Peggy Paula she had a pretty face, offered her a small white pill to take that made Peggy Paula long to be naked, and the blond boy came in and lay on the couch with Peggy Paula watching late-night television, moved closer and stroked her jaw, her nape, pet her arms, her thighs, even gently pulling her knees apart and moving the back of his hand softly, lovingly, between her legs, Peggy Paula thinking, I am his pet, thank God I’m his pet, Why are my clothes still on? and falling asleep during a rerun of Andy Griffith, waking up to find the blond boy gone and her wallet and breath mints missing from her purse and a note that said, Thank you I’m sorry Thank you You’re special. Peggy Paula loves that kidney-shaped scar.

Three. Peggy Paula was returning a video when she met a man she would love. He took the video from her like it was delicate and valuable, touching her wrist with his thumb and smiling. The man had a dimple in his chin and a wedding ring, that thumb on her wrist like she was his and he was making it known, and Peggy Paula had him over for pot roast and ice cream two nights later and lowered herself onto him so slowly that he cried out in frustration, Peggy Paula still stunned at this man before her, wondering how exactly it had happened, and then when he grabbed her hips to move her the way he wanted not wondering about anything at all. It went on this way for months, the man coming for dinner and Peggy Paula bathing and perfuming herself all day and wanting to pound the walls into dust with the waiting for him, telling him over and over how much she loved him, her mouth in his neck and her voice weak, like it had been diluted, the man grunting approval and Peggy Paula breathing breathing breathing breathing him in, the sour smell of video cleaner and his aftershave and underneath it all the smell of his wife’s rosewater perfume, the same Peggy Paula used, and one day the man didn’t come, and he didn’t come the next day, and the next day his wife came and Peggy Paula remained calm, invited her in, and the woman also seemed calm, going into the kitchen, and Peggy Paula wondering if she felt comfortable enough to get herself something to sip, and the woman coming out with Peggy Paula’s bread knife held high in her fist and making a horrible sound with her mouth, then Peggy Paula realized the woman was sobbing with her mouth wide open, and her heart broke for the woman even as she lunged, Peggy Paula wanting to show the woman how a bread knife doesn’t have a point, is only good for sawing things, not stabbing really, but instead she moved out of the way and the woman tripped on the carpeting and stumbled toward the couch, the sobbing noise getting louder, and then the man rushed in and batted the knife out of his wife’s hands, picked her up and carried her out of there, his eyes cutting over to Peggy Paula like it was her with the knife, her with the animal noises that wouldn’t stop, and Peggy Paula so stunned that she couldn’t cry, couldn’t feel, and maybe that’s why she let the man in two nights later, had to see his eyes, had to feel again, and she kept letting the man in, she kept letting the man, his smell the hair on his chest the delicate skin above his pelvis the muscles in his thighs his calloused hands the shapes of his toes the gold in his eyes the missing molar the mole on his back the heart in his chest the breaths in and out he was alive he was another he was a man and Peggy Paula let him, she let him, because if no one is there to touch you are you even really there? 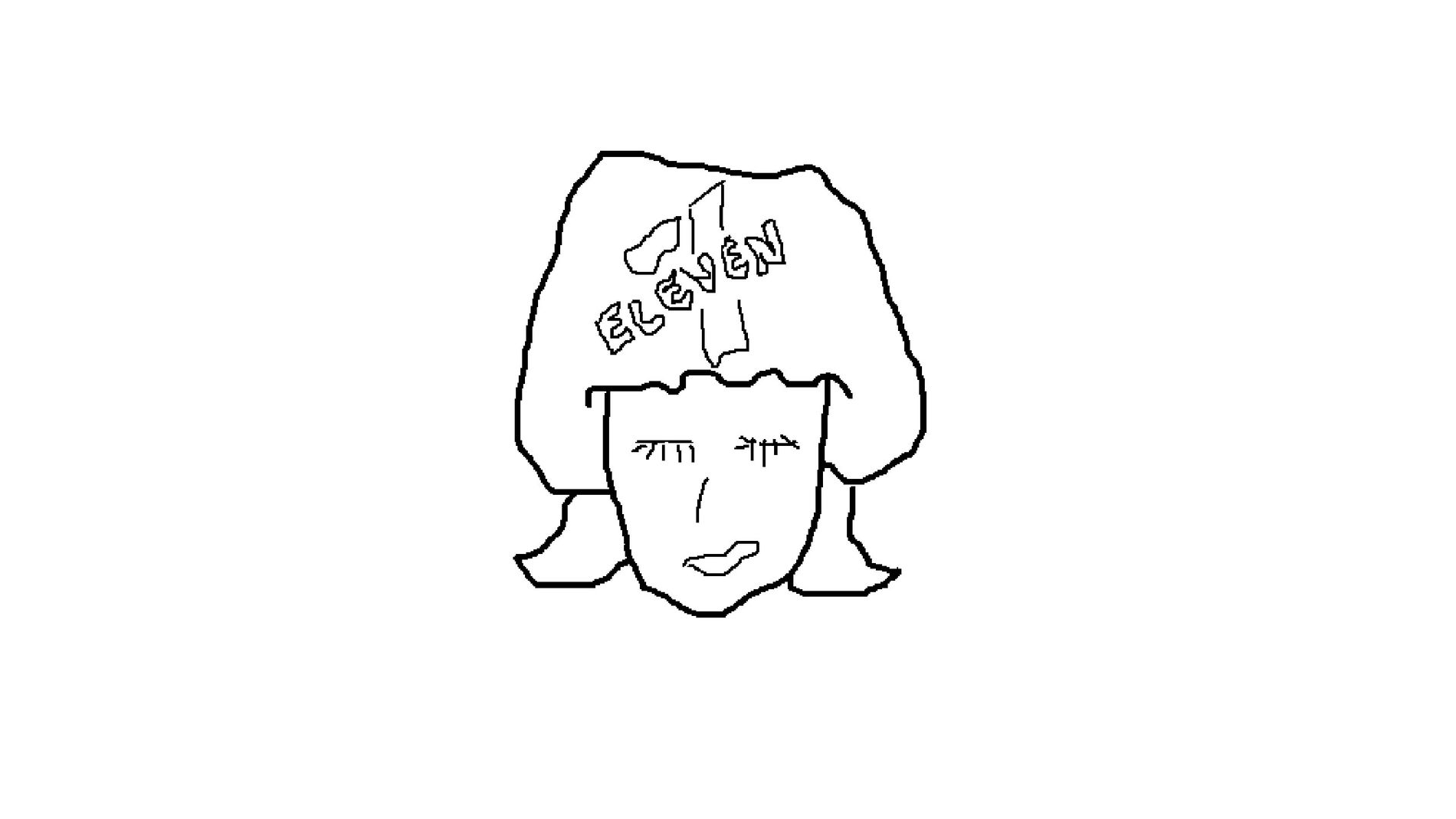 other titles by Lindsay Hunter 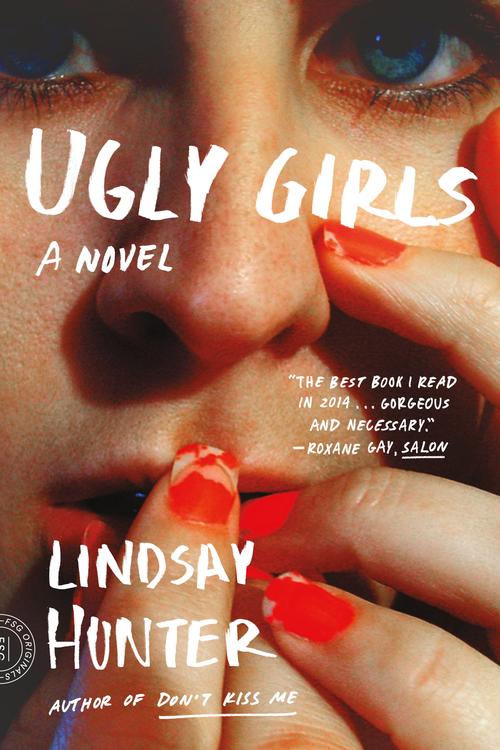