A Burglar's Guide to the City
The New World

Emperor of the Eight Islands 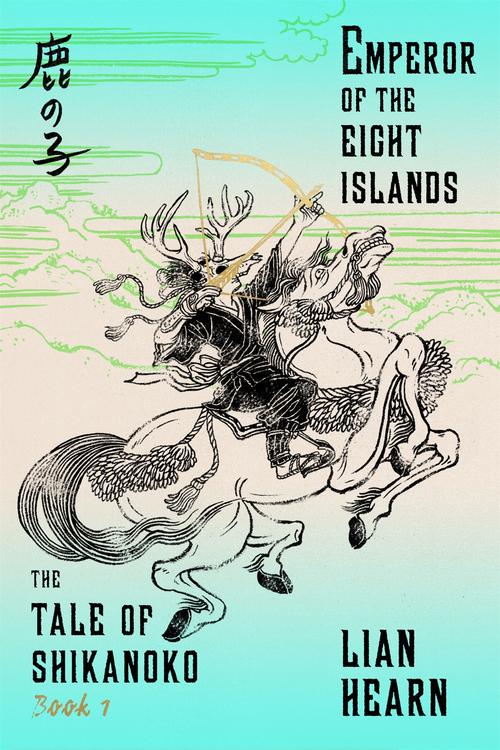 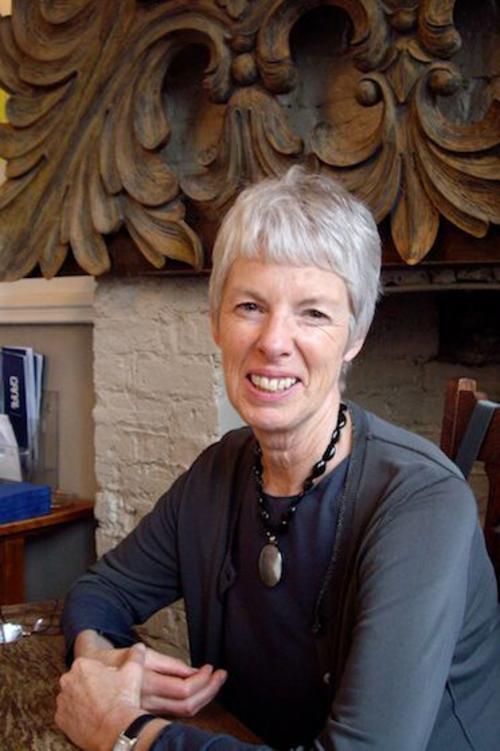 In the opening pages of the action-packed Book One of Lian Hearn's epic Tale of Shikanoko series, a future lord is dispossessed of his birthright by a scheming uncle, a mountain sorcerer imbues a mask with the spirit of a great stag for a lost young man, a stubborn father forces his son to give up his wife to his older brother, and a powerful priest meddles in the succession to the Lotus Throne, the child who is the rightful heir to the emperor barely escaping the capital in the arms of his sister. And that is just the beginning.

As destiny weaves its rich tapestry, a compelling drama plays out against a background of wild forests, elegant castles, hidden temples, and savage battlefields. This is the medieval Japan of Lian Hearn's imagination, where animal spirits clash with warriors and children navigate a landscape as serene as it is deadly.

The Tale of Shikanoko
Book One: Emperor of the Eight Islands
Book Two: Autumn Princess, Dragon Child
Book Three: Lord of the Darkwood
Book Four: The Tengu's Game of Go

An excerpt from Emperor of the Eight Islands

“Did you see what happened?”

“Where is your father?” Two men were standing above him, their shapes dark against the evening sky. One was his uncle, Sademasa, the other Nobuto, whom he didn’t like.

Kazumaru said, “We heard a funny noise,” and he mimed placing stones on a board. “Clack, clack, clack. Father told me to wait here.”

The men had come upon the seven-year-old hidden in the long grass, in the sort of form deer stamp out for their fawns. The horses had nearly stepped on him. When his uncle lifted him up the grass had printed deep lines on his cheek. He must have been there for hours.

“Who brings a child on a scouting mission?” Nobuto said quietly.

“He can’t be separated from him.”

Kazumaru did not like their tone. He sensed their mockery. He said nothing but resolved to tell his father when he saw him.

The older man looked toward the trees. “The tracks lead up there.”

A small group of stunted trees clung to the side of the volcanic mountain. Some were dying, some already stumps. The air smelled of sulfur, and steam hissed from vents in the ground. The men went warily forward, their bows in their hands. Kazumaru followed them.

The larger tree stumps were crisscrossed with faint lines. A few black stones, a handful of white shells were scattered on the ground.

“Something bled here.” Nobuto pointed at a splash on a pale rock. He crouched and touched it with his finger. “Still wet.” The blood was dark, almost purple.

“Is it his?” Sademasa whispered.

“Doesn’t look human to me,” Nobuto replied. He sniffed his finger. “Doesn’t smell human either.” He wiped his hand on the rock and stood, looked around, then suddenly shouted, “Lord Shigetomo! Where are you?”

You, you, you, came back the echo from the mountain, and behind the echo another sound, like a flock of birds beating their wings.

Kazumaru looked up as the flock passed overhead. He saw it was made up of strange-looking beings, with wings and beaks and talons like birds, but wearing clothes of a sort, red jackets, blue leggings. They looked down on him and pointed and laughed. One of them brandished a sword in one hand, a bow in the other.

“Those are his weapons,” Nobuto cried.

“Then Shigetomo is dead,” Sademasa said. “He would never have surrendered the bow alive.”

Afterward, Kazumaru was not sure what he remembered and what he had dreamed. His father and his clever, witty mother often played Go in the long, snowbound winters at Kumayama. He had grown up with their sounds, the quiet clack of stones on the boards, the rattle in the wooden bowls. That day he and his father heard them together. They had ridden far ahead of the others. His father always liked to be in the lead, and the black horse was strong and eager. It had been a present from Lord Kiyoyori, to whom the family were vassals and on whose orders they had ridden so far north.

His father reined in the horse, dismounted, and lifted him down. The horse began to graze. They walked through the long grass and almost stepped on the fawn, lying in its form. He saw its dark eyes, its delicate mouth, and then it was on its feet and leaping away. He knew the other men would have killed it, had they been there, but his father laughed and let it go.

“Not worth Ameyumi’s time,” he said. Ameyumi was the name of his bow, a family treasure, huge, perfectly balanced, made of many layers of compressed wood with intricate bindings.

They went stealthily toward the trees from which the sounds came. He remembered feeling it was a game, tiptoeing through the grass that was as tall as he was.

His father stopped, holding his breath, so Kazumaru knew something had startled him. He bent and picked him up and in that moment Kazumaru glimpsed the tengu playing Go beneath the trees, their wings, their beaked faces, their taloned hands.

Then his father was striding back to the place where they had found the fawn. He could feel his father’s heart beating loud through his chest.

“Wait here,” he said, placing his son in the trampled grass of the form. “Be like the deer’s child. Don’t move.”

“Where are you going?”

“I am going to play Go,” he replied, laughing again. “How often do you get the chance to play Go against tengu?”

Kazumaru didn’t want him to. He had heard stories about tengu, mountain goblins, very clever, very cruel. But his father was afraid of nothing and always did exactly as he pleased.

The men found Shigetomo’s body later that day. Kazumaru was not allowed to see it, but he heard the shocked whispers, and remembered the beaks, the claws as the tengu flew overhead. They saw me, he thought. They know me.

When they returned home, Sademasa reported that his older brother had been killed by wild tribes in the north, but Kazumaru knew, no matter who actually killed him, that he had died because he had played Go with the tengu and lost.

The news of his father’s death plunged Kazumaru’s mother into a grief so extreme, everyone feared she could not survive it. Sademasa pleaded with her to marry him in his brother’s place, saying he would bring Kazumaru up as his own son, even swearing an oath on a sacred ox-headed talisman.

“Both of you remind me of him all the time,” she said. “No, I must cut my hair and become a nun, as far away from Kumayama as possible.” As soon as the winter was over, she left, with hardly a word of farewell, beyond telling Kazumaru to obey his uncle.

The family held a small parcel of land, confirmed by Lord Kiyoyori, on the side of the mountain known as Kumayama. It was made up of steep crags and deep, sunless valleys, where a few rice paddies had been carved out on either side of the rivers that tumbled from the mountain between forests of cypress and cryptomeria, full of bears, wolves, serow and deer, and boars, and groves of bamboo, home to quail and pheasants. It was seven days’ journey east of the capital and four days in the other direction from the Miboshi stronghold of Minatogura.

As the years went by, it became apparent that Sademasa was not going to keep his oath. He grew accustomed to being the Kumayama lord and was reluctant to give it up. Power, along with unease at his own faithlessness, unleashed his brutal nature. He treated his nephew harshly, under the pretext of turning him into a warrior. Before he was twelve years old, Kazumaru realized that each day he lived brought his uncle fresh disappointment that he was not dead.

Some of Sademasa’s warriors, in particular one Naganori, whose son was a year older than Kazumaru, were saddened by the harsh treatment of their former lord’s son. Others such as Nobuto admired Sademasa for his ruthlessness. The rest shrugged their shoulders, especially after Sademasa married and had children of his own, thinking that it made no difference, as Kazumaru would probably never be allowed to grow up, let alone inherit the estate. Most of them were surprised that he survived his brutalizing childhood and even flourished in some ways, for he practiced obsessively with the bow and from his rages came a superhuman strength. At twelve years he suddenly grew tall, and soon after could string and draw a bow like a grown man. But he was as shy and fierce as a young wolf. Only Naganori’s son, who received the name Nagatomo in his coming-of-age ceremony, was in any way a friend.

He was the only person to whom Kazumaru said goodbye when, in the autumn of his sixteenth year, his uncle announced he was taking him hunting in the mountains.

“If I don’t come back, you’ll know he has killed me,” Kazumaru said. “Next year I come of age, but he will never step aside for me. He has grown too fond of being the lord of Kumayama. He intends to get rid of me in the forest.”

“I wish I could come with you,” Nagatomo said. “But your uncle has expressly forbidden it.”

“That proves I am right,” Kazumaru replied. “But even if he doesn’t kill me I will not be coming back. There’s nothing for me here. I’ve only the vaguest memories of what it was like before. I remember not being afraid all the time, being loved and admired. Sometimes I daydream about what might have happened if my father had not died, if my mother had not left, if more of the men were loyal to me . . . but that’s the way it turned out. Don’t grieve for me. I can’t go on living in this way. I pray every day to escape somehow—if the only way is through death, so be it.”

Lord of the Darkwood

The Tengu's Game of Go