Threats
Suddenly, a Knock on the Door 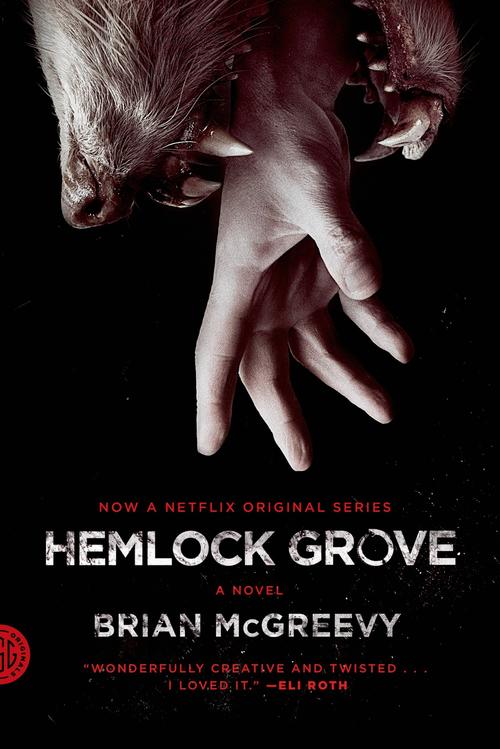 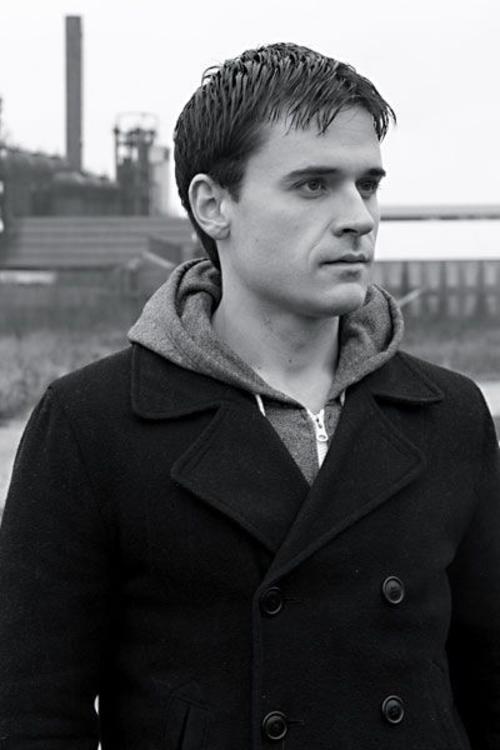 An exhilarating reinvention of the gothic novel, inspired by the iconic characters of our greatest myths and nightmares. Hemlock Grove is now a hit television series on Netflix.

The body of a young girl is found mangled and murdered in the woods of Hemlock Grove, Pennsylvania, in the shadow of the abandoned Godfrey Steel mill. A manhunt ensues—though the authorities aren't sure if it's a man they should be looking for.

Some suspect an escapee from the White Tower, a foreboding biotech facility owned by the Godfrey family—their personal fortune and the local economy having moved on from Pittsburgh steel—where, if rumors are true, biological experiments of the most unethical kind take place. Others turn to Peter Rumancek, a Gypsy trailer-trash kid who has told impressionable high school classmates that he's a werewolf. Or perhaps it's Roman, the son of the late JR Godfrey, who rules the adolescent social scene with the casual arrogance of a cold-blooded aristocrat, his superior status unquestioned despite his decidedly freakish sister, Shelley, whose monstrous medical conditions belie a sweet intelligence, and his otherworldly control freak of a mother, Olivia.

At once a riveting mystery and a fascinating revelation of the grotesque and the darkness in us all, Hemlock Grove has the architecture and energy to become a classic in its own right—and Brian McGreevy the talent and ambition to enthrall us for years to come.

An excerpt from Hemlock Grove

The lone wolf howls to rejoin the pack from which he is separated. But why does the pack howl when no wolf is lost?

Because there is no other way to say it.

The night after the Harvest Moon, the body was discovered. It was nearing October and the sun was still hot, but the leaves were falling now with intention and every night was colder. Peter was walking home from the bus stop when he saw the flashing light of a fire truck up at Kilderry Park. He wondered if there had been an accident. Peter, who was seventeen at the time of which I’m writing, liked accidents: modern times were just so fucking structured. He saw in addition to the fire truck a few cop cars and an ambulance, but no signs of wreckage. He turned his head in passing, but there was nothing more to see beyond the norm. Two of the cops combing the area by the swings he knew; they’d hassled him a couple of times in that kind of obligatory cop way that, in Peter’s experience, every uniform was an SS uniform. Probably some junkie had OD’d or something. There was that bum who hung out around here, an old black guy with yellow and black teeth and one dead eye that looked like a dirty marble who might not have been old, really. Peter had given him a light once, but no change. Better that paid for his own drugs. His interest flagged. Old black junkie kicks it it’s no more news than chance of rain tomorrow. Then he heard it, one sentence. No sign of a weapon, Sheriff. Peter looked again but there was no more to see than a milling cluster of uniforms by the tree line and he put his hands in his pockets and went on.

He had a bad feeling.

Nicolae had always told him that he had been born with an unusually receptive Swadisthana chakra and that underneath the surfaces of things, the illusion of the illusion, there is a secret, sacred frequency of the universe and that the Swadisthana was the channel through which it would sing to you. And the Swadisthana being located of course just behind the balls, he should always always trust his balls. Peter did not know what it was, but something about the scene in Kilderry Park had his balls in a state of agitation.

When he got home he told his mother, “Something happened.”

“Hmm?” she said. She was smoking a joint and watching a quiz show. The trailer was warm and smelled sweet, pot and baked apple. “Hummingbird!” she yelled suddenly, in response to the question What is the only bird that can fly backwards. He told her what he saw.

He told her he had a bad feeling.

She was thoughtful. “Well, there’s cobbler,” she said.

He went to the kitchen. She asked if he’d been in town.

She emptied his backpack of items so small and modest it could hardly be considered stealing while Peter scraped the tar of sugar at the edge of the cobbler and tried to shake this feeling. The feeling that what ever had happened in Kilderry Park was no good. And not in some greater existential sense but no good with his number on it. There was a coffee mug on the counter with the comic strip character Cathy on it and a small chip the shape of a shark’s tooth that held loose change. He dipped his hand in the mug and went to the door and scattered a handful of coins on the stone path out front.

“Why did you do that?” said Lynda.

Peter shrugged. He had done it because he wanted to hear something dissonant and beautiful.

“You are one strange customer, you know that?” said Lynda.

Nothing Weird About It

And remember: the flesh is as sacred as it is profane.

The green-eyed boy sat alone in the food court and fingered the needle in his pocket. The syringe was empty and unused, he had no use for the syringe. He had use for the needle. The green-eyed boy—he was called Roman, but what you will have seen first was the eyes—wore a tailored Milanese blazer, one hand in pocket, and blue jeans. He was pale and lean and as handsome as a hatchet, and in egregious style and snobbery a hopeless contrast from the suburban mall food court where he sat and looked in the middle distance and fidgeted with the needle in his pocket. And then he saw the girl. The blond girl at the Twist in pumps and a miniskirt, leaning in that skirt as though daring her not to, or some taunting mystic withholding revelation. Also, he saw, alone. Roman rose and buttoned the top button of his blazer and waited for her to continue on with a cone of strawberry, and when she did he followed. Maintaining a discreet distance, he followed her through the main concourse and stopped outside a women’s apparel store as she entered, and he watched through the window as she browsed the lingerie and finished the cone. She looked around and stuffed a mesh chemise down her purse and exited the store. Her tongue darted to collect crumbs from her lips. He continued following her to the parking structure. She got into the elevator, and seeing there were no other passengers, he called Hold please, and jogged to the car. She asked him what level and he told her the top, and this must have been her floor as well because it was the only button she pressed. They rode up and he stood behind her smelling her trampy perfume and thinking of the underthing in her purse and silently tapping the syringe through the fabric.

“You ever close your eyes and try real hard and trick your brain you’re actually going down?” said Roman.

The girl didn’t answer, and when the door opened she stepped out curtly, like he was some kind of creep when he was just trying to make friendly conversation. But so it goes. The game as it were afoot.

He took out the syringe and palmed it, stepping out of the elevator, and outpacing the clip of her heels he closed the distance between them. She was now aware beyond question of the pursuit though she neither turned back nor made any attempt to run as he came on her and jabbed in an upward thrust, the needle puncturing skirt and panty and the flesh of her ass, and just as quickly he withdrew as she gasped and he continued past her and down the row to his own car.

He repocketed the syringe and entered the front seat, putting it back all the way. He unzipped his jeans, freeing his erection, and laced his hands behind his head. He waited. After a few moments the passenger-side door opened and the girl got in and he closed his eyes as she lowered her head to his lap.

A few minutes later she opened the door and leaned over and spat. Roman’s hands unlaced and his arms came down and as they did his hand fell naturally to her lower back, and just as naturally he rubbed. Nothing weird about it, or even a thing you think about, you rub a girl’s back because it’s there. But at the feel of his touch she recoiled abruptly and straightened. Roman was confused.

But she was lying, and lying, he realized, about the first thing, about the needle and sucking his dick, and not what he was asking about, about her hate of the barest human-to-human gesture at the end. He was depressed suddenly and terrifically by the defeated life of this lying whore and he wanted her to be gone now, and to get out of the fucking mall.

“It’ll take a hose to get the smell of prole out of my nostrils,” he said.

“Poor baby,” she said, neither knowing nor making any attempt to care what he meant. He reached into the blazer and took out the money in cash and handed it to her. It looked wrong and she counted it. It was $500 over the agreed amount. She looked at him.

“Yeah,” she said. It would have been pointless to say otherwise, everyone knew his name.