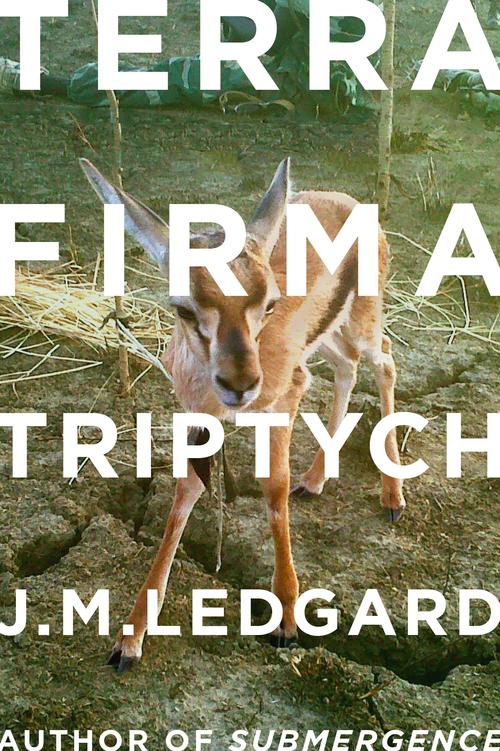 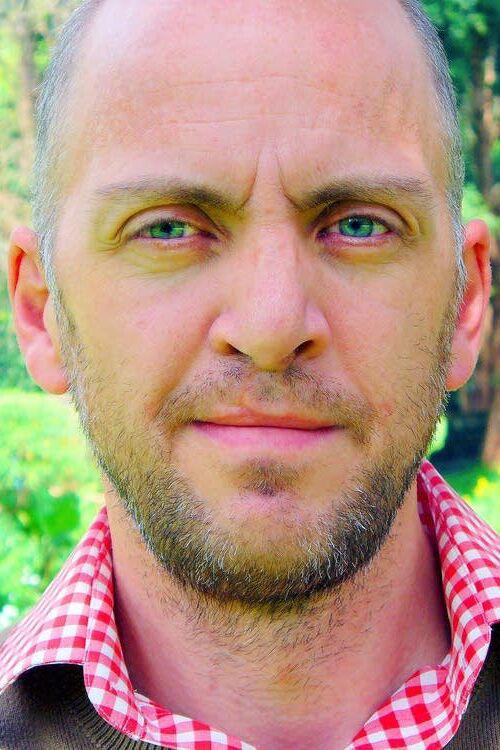 From the author of Submergence comes a digital-original triptych of essays that examine humanity in the modern age.

Terra Firma Triptych begins in a wilderness in South Sudan. J. M. Ledgard is there in search of a still point, untouched by humankind--a goal complicated by the contingent of armed rangers accompanying him. Next, a trip through Rwanda--taking a borrowed car toward crocodile-infested lakes near the border with Burundi--a road trip that unexpectedly ends up at the site of the country's proposed future in the sky. And finally Ledgard takes us straight into a vision of that very future, of a continent poised to take advantage of current and near-future technological advances--a vision that feels Star Trek fanciful at first, then not just practical but necessary.

As a novelist, Ledgard is celebrated for his ability to allow his imagination and ideas to fly wide and free even as he grounds his stories in contemporary political reality, earning simultaneous comparisons to both W. G. Sebald and John le Carré. As a journalist, he has covered East Africa for The Economist for more than a decade. In Terra Firma Triptych, Ledgard is able to summon the searching, soaring, poetic voice of the novelist and to latch it to the gritty vision of the reporter on the ground to show us a world in which connectivity has become paramount, in which isolation and uncharted landscapes verge on obsolete, and yet new frontiers still beckon. Each panel of the triptych informs the one before--each goads us forward even as it questions the acceleration. What is certain is that we are hurtling into tomorrow together, and our potential depends on the generosity of our imagination.

An excerpt from Terra Firma Triptych

I have a feeling of discordance that is like arriving at a terminal identical to the one I have just left, a papery nest wherein there is too much of too little, too much narrowness, too many lights, or too many lights that illuminate the wrong things in the wrong way, and the effect on me is that I feel trammeled and shoved away from the important living things. Perhaps you have the same feeling. Perhaps many people do.

Nature never feels like that to me. I think that is the reason I wanted to walk far away and find a still point in a wilderness that was free of any human thought or memory. On a recent trip to South Sudan I had a chance to do just that. The shy and valorous head of the Wildlife Conservation Society in that country offered to have several of his armed rangers wander with me on foot across Bandingilo National Park.

South Sudan is in all senses a rough country, and Bandingilo exists more as a conception than as a fenced and bounded reality. It is about half a day’s drive north of Juba, the country’s ramshackle capital. Its western boundary, on the Nile, marks the start of a pastureland that extends to the Boma plateau in the east of the country. Bandingilo-Boma—call it Baboland—is five times the size of Switzerland. It has only a few cattle camps belonging to the Murle tribe. Occasionally, the Murle attack interlopers from the Dinka and Nuer tribes and steal their cattle and children. Occasionally, their enemies overrun them and slaughter their women and children. But this happens at the margins. The interior of Baboland is a fearful place for humankind, in which every standing figure becomes quickly incorporeal and close to perishing. In the dry season, from November to April, there is not enough water, and many die of thirst. In the rainy season, and especially in May and June, the ground turns to mud so deep and quick only Jesus Christ could hope to walk across it.

In 2007, an aerial survey conducted by WCS rediscovered an annual migration of 1.3 million antelope across Baboland. The migration of these hoofed animals had been forgotten during decades of war, in just the same way that migrations of birds and other winged creatures are sometimes forgotten in colder climes. WCS reckoned Baboland was the largest intact ecosystem in eastern Africa. As a foreign correspondent for The Economist, I was lucky enough to see it with my own eyes. I had sat in a WCS propeller plane as it flew transects. We kept just above the treetops. The windows were open and hot air poured in while white-eared kob, tiang, Derby eland, and Kordofan giraffes coursed over the land just below and elephants crashed through the dark bush. What amazed me even more than the staggering number of creatures was the absence of human settlement of any kind. In all these hours of flying, I saw no hut, no track, no field, no man, not even a cow. It was at that moment I wanted to get down and walk in that place.

And so it was that on one blue and dirty morning some years later, I met up with the South Sudanese wildlife rangers at the south gate into Bandingilo. All the men had been demobilized from the Sudanese People’s Liberation Army into the ranger unit. They did not have much affection for wildlife, but they were tough enough to bushwalk in the interior. The promise of extra pay and extra rations meant that more of the rangers volunteered to accompany me than seemed necessary. There were a dozen in all, each with a Kalashnikov. Even so, they were nervous and very afraid of the Murle. Thirty rangers would be needed, they said, to hold off a Murle attack. I was quite used to traveling with gunmen in Somalia and other places. I knew it was best not to talk too much and to try to follow simple instructions.

We packed into two Toyota Land Cruisers and bucked along a narrow rutted track into the park for several hours. We got down beside a tamarind tree that the rangers said had been a secret ammunition store during the wars between Sudan and South Sudan. We drank a few mouthfuls of water and began walking. The aim was to journey east into the park and then to cut northwest back to the Nile.

The first few miles were hard for me. I was not sure of myself and was subdued by the heat and the immensity of the land. I pulled my neon Rafael Nadal tennis cap down to my eyes and looked at the ground as I walked. Slowly I found a rhythm. It helped that the land was absolutely flat: I am defeated by the ascent of any peak, but I find myself able to saunter for weeks across a lowland. It was the dry season, and most of the animals had migrated north to the Sudd wetlands on the Nile. The absence of animals made for a stillness akin to a dreamscape. Whenever I glanced up, the brightness of the light and the ashen color of the land made me think of a wintry Netherlandish landscape. This effect was enhanced by the way the low walls of mud along the bushes seemed from a distance to create what looked like fields and channels.

Around noon the temperature rose to over 120 degrees Fahrenheit. We crawled into some bushes to get out of the sun, moving ourselves deeper until each of us was under what little shade was afforded by the sparse leaves. One of the rangers spoke to me in a parched voice.

"Here a Murle will kill you just for confusing him. He will say, 'You made my brain hurt!'"

"Take the spear," said the first.

I tried to squat, then settled onto the ground. My head hurt where the skull was attached to the neck—somewhere in there. Bright colors danced in my eyes. Sweat poured off me in rivulets. Still, I was happy. I saw all the natural things with clarity: the long thorns snagging at my arms, the patterns of the branches, the wet dust, the smell of the men and the bush and the land itself. I dozed off. When I woke, the rangers were sitting on the ground outside, smoking and sipping from their canteens. When I crept out to join them I felt the heat like a hand pushing down on me.

We started walking across what looked like rice fields, bounded by mud walls and bushes, which would be covered with water in the rainy season. Each of the fields was littered with hundreds of thousands of snail shells. They were pale and speckled like birds' eggs. We walked for hours across them, crunching them underfoot, until I felt like a cruel giant, loping, dissipating, yet stamping the life out from under me, even though every one of the snails was dried up and unmoving. The shells were very thin; in the vastness of their numbers they must have lacked for nutrition. Most of the shells had holes in them where birds had pecked for flesh. They looked like bullet holes.

In the middle of the afternoon, the men discovered a honey badger den in an abandoned termite mound. The mound stood between two fields of snails. It was a hardened swelling, nothing more, but the men could scent it from far away and were drawn toward it. They pushed me forward and I put my head into the tunnel. This burrowing way of living was dark and indistinct. The smell was rich and sour. Fleas danced at my face. Gradually, I discerned a honey badger curled up at the bottom. It looked like a wolverine—a hot weather wolverine. I saw its chest heaving in anxiety, two white teeth in the lower jaw bared, the long hair on its back covered in dust. The rangers said they wanted to cut it up and make it into soup. They coveted meat and saw most animals as possible meals. A honey badger squeals like a bear cub in close quarters, but this one made no sound. Not far away, the rangers found two porcupines alive in a burrow. They asked if they could take one and leave the other. Forbidden to kill, one of the men gathered a handful of porcupine quills and dressed his hair with them.