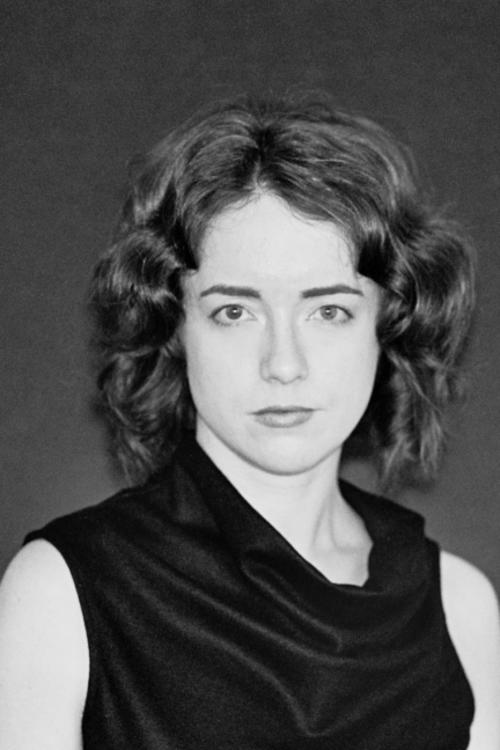 A searing new collection from the inimitable Amelia Gray.

A woman creeps through the ductwork of a quiet home. A medical procedure reveals an object of worship. A carnivorous reptile divides and cauterizes a town. Amelia Gray's curio cabinet expands in Gutshot, where isolation and coupling are pushed to their dark and outrageous edges. These singular stories live and breathe on their own, pulsating with energy and humanness and a glorious sense of humor. Hers are stories that you will read and reread—raw gems that burrow into your brain, reminders of just how strange and beautiful our world is. These collected stories come to us like a vivisected body, the whole that is all the more elegant and breathtaking for exploring its most grotesque and intimate lightless viscera.

An excerpt from Gutshot

It had been a memorable date after such a long line of failures. Turns out they had hidden the same punk tapes in their closets as teenagers and had always secretly wanted to work as photographers for nature magazines. Neither had been to Europe and both dropped an ice cube in their morning cup of coffee. Her name was Emily, a name she hated, but Mark found it reminded him of reading picture books with a flashlight under the covers of his childhood bed. Emily was the name of a girl hero whose intrepid adventures took her around the world and even underground. It was a far better name, anyway, than Mark, a name that regularly conjured the image of a bucket of black paint thrown against a prison wall. They were both morally but not financially satisfied with their current mid-level organizational positions—they had discussed the subject at length the week before during the nonprofit conference where they met—and hoped to strike out on their own someday, individually.

“Or together,” Mark said, raising his glass.

“I was hoping you would come up,” she said, once they were outside her apartment.

“Boy howdy,” he said. And so began their first evening together, in the elevator and then tumbling over the bed and in a pile of her clean laundry, and later, unpleasantly wedged between the oven and the refrigerator in a move she claimed was solely for luck. He was fascinated by her textures: a rough spot on the side meat of her buttock; a thin rumpled place on the back of her hand where she had burned herself with oil. She had a little round mass the size of a ball bearing in her left breast. All of this was new to Mark and he was glad to experience it.

“Your body is tremendous,” she said after. He didn’t feel that his body was much beyond a device that propelled him from breakfast to dinner—it featured a growing paunch and a knee that tricked up before wet weather—and he nearly told her so before realizing that she was happy with him and trying to be kind, and it had been so long since a woman had tried to be kind with him that he was immediately lulled into peace with her, and they fell asleep right there in the bathtub.

A series of successful dates followed. They decided that when they were old, they would buy an RV and take it around the country to attend garlic festivals and state fairs. She brought a bale of fresh hay home from the farmers’ market so they could experience what it felt like to take a roll in it. Mark realized in short order that he loved Emily and that he was afraid to lose her, and the two thoughts abutted unpleasantly and spoiled an entire evening because he couldn’t eat his dinner for watching her and then fainted getting into the cab and woke up in her living room, confessing his fears while she held a damp cloth against his forehead.

“We are connected in this manner and I am afraid,” he was saying.

“You must practice the act of connection without attachment,” she said. “Think of us as two stones together at the bottom of a shallow stream. We jostle against each other.” She pushed him gently on the shoulder to illustrate the concept of jostling. “Eventually the stream pulls us apart, or covers us with a fine silt.”

“When you truly understand it, it will remove all suffering.” She dropped the cloth into a bowl of cool water she had prepared. His limbs were too heavy to reach for her and so she stripped him from the waist down right there on the couch and did all the work. Her breast brushed against his cheek and he visualized the lump inside as a pebble in a stream, which he might observe without attachment.

They made dinners and vacation plans and he moved his things into her apartment. Mark felt closer to Emily than he had felt to any other person living or dead since grade school, when he and a group of boys formed a secret society in the woods behind the Dairy Queen. He tried to imagine being eight years old, there in the woods, and projected himself into his younger body and mind. He tried to tell that boy that not thirty years later he would meet a woman who would give him such a feeling of peace. The young boy listened and then called his older self a gaylord and Mark said Fair enough, Young Mark, I have become a Gaylord of Love.

He went to the mall and bought Emily a pendant on a long silver chain and presented it to her and recited the chorus of a Fleetwood Mac song that dealt chiefly with the concept of running into the shadows, and Emily put the necklace on and said it was fine.

He liked to cook and she took out the trash. They both cleaned the bathtub on occasion. It was a pretty good setup. Whenever he faced a problem at work, for example when his coworker came back from England and put a poster of Stonehenge up over the window and Mark could no longer see the street, Emily taught him to view each day as a wild element divorced from past and future. He needed not to exist as a point on a vector but ultimately to destroy the vector and inhabit that solitary point, like living inside a meteor without fear or knowledge of its movement. If he could place himself in the moment of sitting in the office without recalling the view from the window or anticipating a morning where he felt sick with desire for the plea sure of simple natural light, he might see that the poster threw a greenish shade over his cubicle corner and gave the impression that he was working under a pane of stained glass.

“But then I’d have to remember a time I stood before a church window,” he said, “thereby entering the past.”

“That is not what this is about,” she said, and he saw that she was right, because he couldn’t remember what any of it was about. They were watching Korean-language television at the time. A problem with the cable provider resulted in them only receiving Korean-language television, but after a few disorienting days they found it was comforting to observe the dramas without context and they watched them as children watch adults, taking cues from laughing or weeping and then mirroring the gestures.

Later that week, he forgot that they had gone grocery shopping and returned home with a bag of plums to add to a rotting pile of nectarines. He left it all there, determined to understand their use. Cartons of eggs stacked up in the fridge and she speculated that she could make a quiche but she had distanced herself mentally from any recipe and so cracked the eggs in a pan and poked them listlessly on the stove until they burned and had to be thrown out.

“We should go out with our friends this weekend,” he said.

“We don’t have friends,” she said.

The house phone rang and he picked it up. “Is my daughter there?” a woman asked, Mark realized after a moment, in English.

“Who is your daughter?”

“Emily is my daughter,” she said. “Are you her new boyfriend?”

He was quiet, turning over the idea that Emily had a mother. He imagined a whole gloomy family tree, and then imagined taking a chain saw to the tree and sitting on the stump, listening to Fleetwood Mac on a cassette player and waiting for the wood to dry so he could burn it. He pulled the phone out of the wall and threw it in the recycling and then he picked it out of the recycling and put it in the trash.

She followed his lead on clearing the place and at turns brought out to the curb a jar of olives, curtain rods, ice cube trays, an electric guitar, a vacuum cleaner, silverware, her baby pictures, a bag of shampoos collected from hotel rooms, and the hay from the farmers’ market, which she stuff ed into three paper bags. She hired men to remove the couch and the TV and when she had no cash for payment they additionally removed a box of jewelry.

At work, he stood with his nose to the Stonehenge poster until a woman from Human Resources asked him if he might like to take a walk with her. She said that his performance had been going sideways lately and that they were looking for someone moving in more of a vertical direction. The words coming out of her mouth didn’t make sense and Mark tried taking context clues from the pictures of children and mountains set in frames on her desk. Before she outlined his severance package, she had to ask him to stop chanting.

The walk home was deeply satisfying, so ideal in the movements of the small animals and in the appearance of flaws in the road. Even the flaws, on further observation, were so perfectly placed that they stood as proof of a grand design created for his witness. He sat down on the sidewalk to observe the way a banner flapped beneath a store awning and stayed there for a few hours, leaning against a mailbox.

He returned home to find Emily sitting on a milk crate in the middle of their empty apartment. She was naked from the waist up and examining her bra. “What do you think this is?” she asked, turning the cup so he could observe the flecks of dried blood inside it.

“I have no idea.” And indeed, though he searched his memory, all he turned up were strange pictures out of place: a hornet alighting on the upper corner of his crib and disgorging the first papered layer of its nest; a woman kneeling before a man, both robed in white; a boy seeming to leap from his bike onto the hood of a passing car. “I can’t even imagine.” 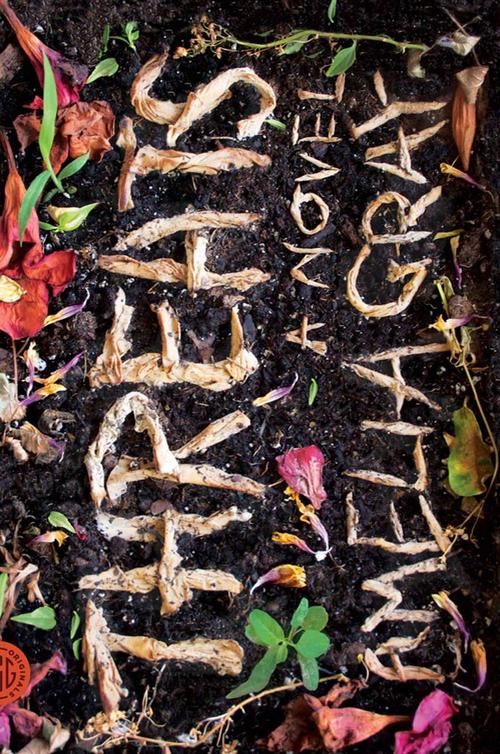