Autumn Princess, Dragon Child
You Are Having a Good Time 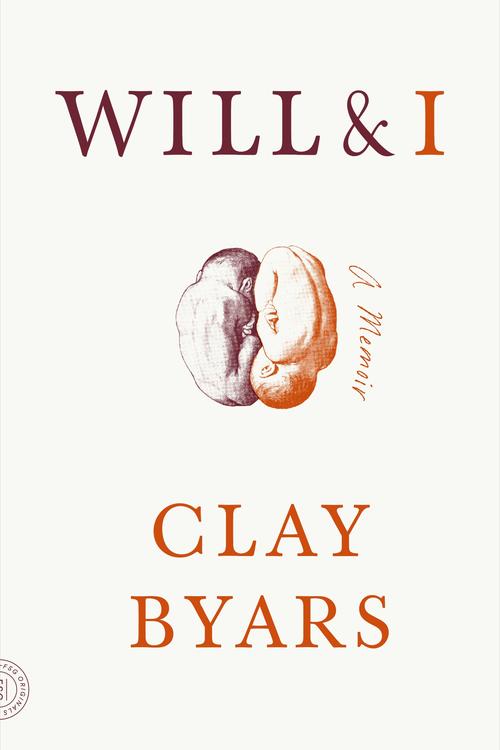 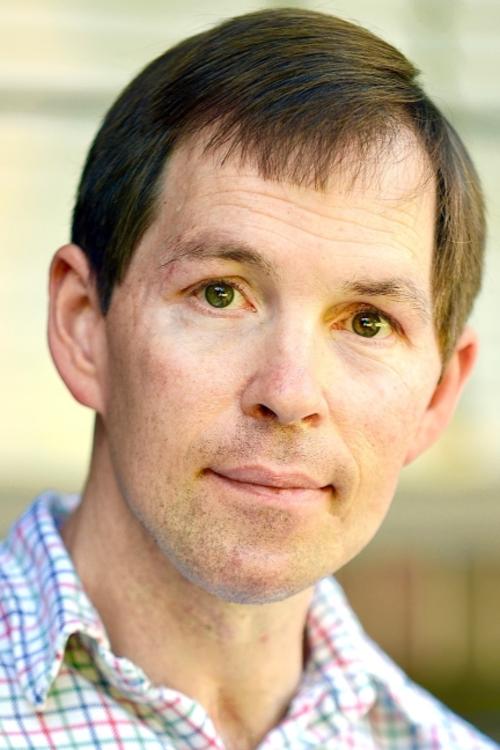 Clay Byars was recovering at home from a near-fatal car crash when he suffered a massive stroke. He was just eighteen years old. He awoke, back in the hospital, and was told he would be paralyzed from the eyes down for the rest of his life.

Determined to defy the odds, Clay quickly and miraculously began to recover his mobility but discovered just how different his life would be—a disparity embodied by his identical twin brother, Will. As Will went on to graduate from college, marry, and start a family, Clay carved out a unique existence, doing the seemingly impossible by living on his own on a remote farm in Alabama.

With haunting clarity and heartrending honesty, Will & I tells the unlikely story of Clay’s life and his coping mechanisms, including weekly singing lessons that not only teach him to use his voice but remind him of his will to exist. In this singular and striking meditation on vulnerability and vitality, we’re invited to see how Clay sees the world—and how the world sees him—as he bravely challenges himself and his abilities at every turn.

An excerpt from Will & I

Climbing out of my car for my third appointment, I heard a booming baritone coming from inside the house. The lesson before mine was going long. I parked in the driveway behind my teacher’s truck, a red pickup with a bumper sticker that read Imagine Baghdad China, as if the meaning of this were obvious. Something about the sticker, its air of competitive knowingness, had almost caused me to back out and drive away a few weeks before, after I’d pulled in for my first appointment. In fairness, part of me had probably shown up looking for a reason to leave. I’d never sung in front of people in my life, at least not since elementary school music class. I don’t even sing to myself in the shower. I’m not sure why I stayed that day. Definitely not out of any great hope. Mainly it was politeness; I’d blocked out an hour of his day.

Cigarette butts, scattered on the ground below the porch, added to the bohemian feel of the house. The front steps had no railing: a challenge. But I was used to them by now. I wasn’t worried about falling anymore. Still, I went slowly. I knew from experience that I needed to make sure my left toes didn’t get caught under the lip of the step above as I went up. I had nothing to stabilize myself on. I angled my feet to the side, to increase their surface area.

I didn’t knock—the teacher had told me not to, after the first time, when I’d interrupted a lesson. I twisted the knob and pushed the door, which more or less opened on its own. The teacher and his student were in an alcove off to the right, where he kept his piano. I turned left, into the high-ceilinged living room, where I had to sit and wait my turn.

The teacher looked like a painting I’d once seen of Bodhidharma—the man who took Buddhism from India to China—big, with a bald dome and high forehead, fringe of black hair in back, trim beard. He had an unusual name, Dewin (pronounced with the accent on the second syllable, though not everyone got it right: he told me about a man who insisted on greeting him with “How ya doin’, Dew-in?”). He nodded at me and kept playing. The other student, standing across the piano from him, remained hidden, but I could hear his voice, confident and deep. And loud—the kind of voice that might break things. I don’t speak Italian, but it was impossible to miss that this was a lover’s song; the man was pleading with someone.

There wasn’t anywhere to sit that I’d be able to get off easily when the time came. The only chair in the room that had arms (which I could push on to stand) was a thrift-store-looking yellow recliner covered with books and musical scores. There was a permanently reclined black massage chair that I didn’t even consider. My only option was a low, sprung sofa. I sat on the edge, hunched forward over my feet, knowing that if I were to sit back, my knees would be over my head. I flipped through a cartoon book about suicide that had been sitting on the table in front of me.

A doctor I’d seen a few weeks before had suggested these lessons. A lucky visit, when I think back—I saw him only that once, and I hadn’t even made the appointment with him, but with another doctor, who, when I did finally see her, dismissed me as a lost cause. But this other doctor, whose name I don’t even remember—something ethnic, Northern accent, not from Birmingham—saw me that day and was less pessimistic. He snaked a camera through my nose and down my throat, and I sat there while he pointed at a sonogram screen on the wall, where we watched my throat muscles pulsating. He had me make vowel sounds.

“You see,” he said, pointing at my larynx as I made a sustained ooooo sound, “there’s movement on both sides.” I could see what looked like two white labia in my throat, the vocal cords. They quivered vaguely.

After he’d withdrawn the little lubricated tube, he asked if I had any questions.

“What can I do to make them stronger?”

“It sounds crazy,” he said, “but singing with a professional is the best way for a voice to relearn what’s normally instinctive, as far as pitch and tone and articulation.”

My brother-in-law, who is musical by nature, put me in touch with a man he’d sung with in college operas, who was now the choral director at a nearby high school. He also gave voice lessons out of his house.

As soon as I heard the lesson begin to wrap up, I initiated the involved process of standing, and was on my feet by the time the other student had entered the room. We politely acknowledged each other, and Dewin shifted his focus to me. “You been practicing?”

As I made my way over to the far side of the piano, he asked me his other customary question. Had I noticed any changes in my voice?

In fact I had, I told him. In only two lessons, I could see and feel a difference in my ability to sustain a note over a period of time (an ability Dewin had said was the only real difference between singing and speech). Granted, I hadn’t seen a speech therapist in over five years. My voice had been at a frustrating plateau, and the smallest changes in it could easily become magnified. I wasn’t allowing myself to get overly excited.

We had started that first lesson by Dewin simply playing the same note three times, and having me repeat the letter K after him: KAY- KAY- KAY. I smiled, and told him that was how my three- year- old niece, my brother’s daughter, pronounced my name. Like her, I struggled with the kl sound at the start, tending to smear the letters together (one of the reasons people had a hard time understanding me).

As we repeated the exercise, he moved up and down the scale a half step at a time. Initially, I kept getting ahead of the rhythm—self-conscious about the slowness of my words, I had learned to overanticipate cues—but the accompaniment of a piano, and the rhythm it established, made the individual sounds more distinct. I could almost see the notes coming toward me.

“I don’t know how much time you’re planning on,” Dewin said, “but we can straighten out a good bit of those knots in a year or two with exercises like this.” Normally, I’d have heard that as excessive optimism, intended to make me feel better, something I’d become too familiar with. But I knew him a little by now, had seen his grinding work ethic. He would locate a weakness and hit it again and again. The only thing that gave me pause . . . two more years. A sentence that had become a kind of mantra to me played in my mind again: “What choice do I have?”

Dewin had deduced that part of my difficulty in speaking lay in the very efforts I was making to overcome it. That is, in attempting to maximize the volume, I had learned to “help out” the words with my body, however I could. I would unknowingly twist my jaw to the side, or hitch up my right shoulder. He explained that such straining had a reverse effect, placing a cap on the sound, and that this same instinct caused many professional singers to lose their voices prematurely. He casually mentioned a principle in physics, as if I would naturally be familiar with it: Bernoulli’s principle, which involves the way speed affects pressure and vice versa. I still don’t understand it well. But he said it was why you couldn’t just muscle through a sound. The important things were happening in the throat, and involved tiny vibrations. He told me to practice in front of a mirror to help correct this.

We established the edges of my range and discovered it to be slightly less than one octave. “We’ll work on expanding that,” Dewin said. His method of teaching—saying “one more time” and then making me do five—reminded me of learning to swim, how the instructor would back up just when I reached her.

In one of the last exercises we did that day, he had me sing the word sue over and over, sustaining it across the duration of five descending notes. This felt to me the most like actual singing, but Dewin kept saying, “No, you’re forcing it. Try it again.” I didn’t know what he wanted, so I tried again and got it wrong again. Then he stopped playing the piano and explained how the voice works with sound waves, and not in a vacuum. “The problem a lot of people have,” he said, “is not trusting the sound enough to let the wave do the work. You definitely can hear it, too. It’s like surfing.”

I was there to learn to speak, but partly what was happening, of course, was that I was learning to sing. It wasn’t as if singing had been something I knew how to do before the accident, and now I was experiencing it for the first time. I distinctly remember the first time I was able to sustain a note. I could feel as I came in tune with the piano, when my note and its note combined. Something else took over. It really was some kind of balancing act, or as Dewin put it, “management, not labor.” The sound no longer had a ceiling. 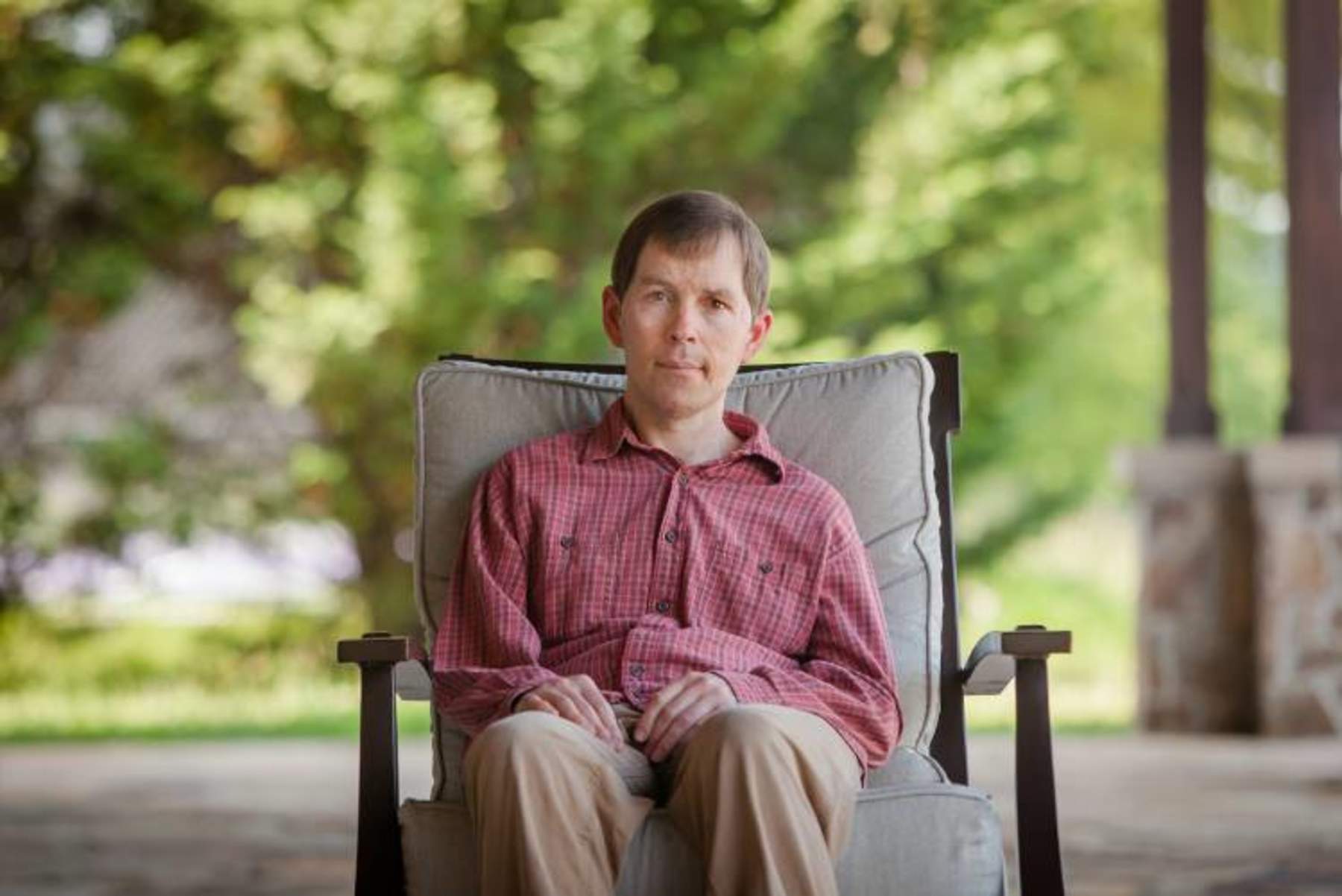 20 Years in the Making