The Hatred of Poetry 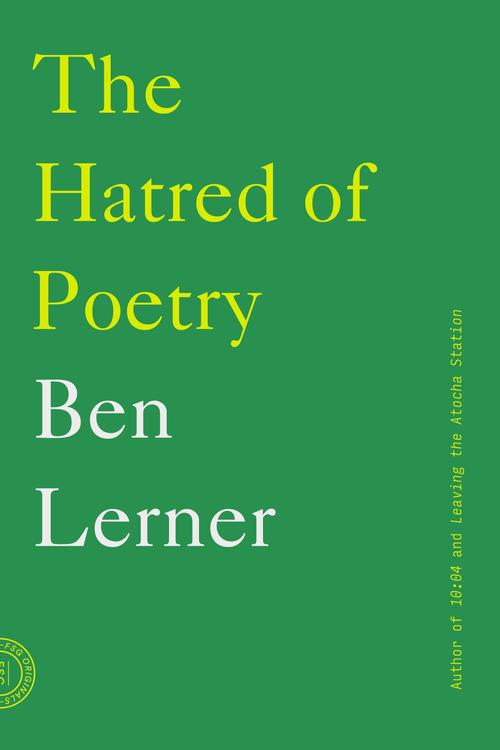 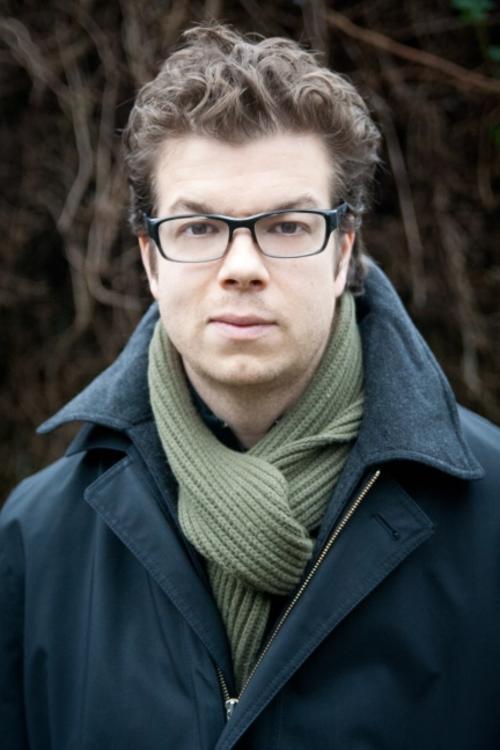 No art has been denounced as often as poetry. It's even bemoaned by poets: "I, too, dislike it," wrote Marianne Moore. "Many more people agree they hate poetry," Ben Lerner writes, "than can agree what poetry is. I, too, dislike it and have largely organized my life around it and do not experience that as a contradiction because poetry and the hatred of poetry are inextricable in ways it is my purpose to explore."

In this inventive and lucid essay, Lerner takes the hatred of poetry as the starting point of his defense of the art. He examines poetry's greatest haters (beginning with Plato's famous claim that an ideal city had no place for poets, who would only corrupt and mislead the young) and both its greatest and worst practitioners, providing inspired close readings of Keats, Dickinson, McGonagall, Whitman, and others. Throughout, he attempts to explain the noble failure at the heart of every truly great and truly horrible poem: the impulse to launch the experience of an individual into a timeless communal existence. In The Hatred of Poetry, Lerner has crafted an entertaining, personal, and entirely original examination of a vocation no less essential for being impossible.

An excerpt from The Hatred of Poetry

The bitterness of poetic logic is particularly astringent because we were taught at an early age that we are all poets simply by virtue of being human. Our ability to write poems is therefore in some sense the measure of our humanity. At least that’s what we were taught in Topeka: we all have feelings inside us (where are they located, exactly?); poetry is the purest expression (the way an orange expresses juice?) of this inner domain. Since language is the stuff of the social and poetry the expression in language of our irreducible individuality, our personhood is tied up with our poethood. “You’re a poet and you don’t even know it,” Mr. X used to tell us in second grade; he would utter this irritating little refrain whenever we said something that happened to rhyme. I think the jokey cliché betrays a real belief about the universality of poetry: some kids take piano lessons, some kids study tap dance, but we don’t say every kid is a pianist or dancer. You’re a poet, however, whether or not you know it, because to be part of a linguistic community—to be hailed as a “you” at all—is to be endowed with poetic capacity.

If you are an adult foolish enough to tell another adult that you are (still!) a poet, they will often describe for you their falling away from poetry: I wrote it in high school; I dabbled in college. Almost never do they write it now. They will tell you they have a niece or nephew who writes poetry. These familiar encounters—my most recent was at the dentist, my mouth propped open while Dr. X almost gagged me with a mirror, as if searching for my innermost feelings—have a tone that’s difficult to describe. There is embarrassment for the poet—couldn’t you get a real job and put your childish ways behind you?—but there is also embarrassment on the part of the non- poet, because having to acknowledge one’s total alienation from poetry chafes against the early association of poem and self. The ghost of that romantic conjunction makes the falling away from poetry a falling away from the pure potentiality of being human into the vicissitudes of being an actual person in a concrete historical situation, your hands in my mouth. I had the sensation that Dr. X, as he knocked the little mirror against my molars, was contemptuous of the idea that genuine poetry could issue from such an opening. And Dr. X was right: there is no genuine poetry; there is only, after all, and at best, a place for it.

The awkward and even tense exchange between a poet and non-poet—they often happen on an airplane or in a doctor’s office or some other contemporary no- place—is a little interpersonal breach that reveals how inextricable “poetry” is from our imagination of social life. What ever we think of particular poems, “poetry” is a word for the meeting place of the private and the public, the internal and the external: my capacity to express myself poetically and to comprehend such expressions is a fundamental qualification for social recognition. If I have no interest in poetry or if I feel repelled by actual poems, either I am failing the social or the social is failing me. I don’t mean that Dr. X or anyone else thinks in these terms, or that these assumptions about poetry are present for everyone, let alone in the same degree, or that this is the only or best way of thinking about poetry, but I am convinced that the embarrassment, or suspicion, or anger that is often palpable in such meetings derives from this sense of poetry’s tremendous social stakes (combined with a sense of its tremendous social marginalization). And it’s these stakes which make actual poems an offense: if my seatmate in a holding pattern over Denver calls on me to sing, demands a poem from me that will unite coach and fi rst class in one community, I can’t do it. Maybe this is because I don’t know how to sing or because the passengers don’t know how to listen, but it might also be because “poetry” denotes an impossible demand. This is one underlying reason why poetry is so often met with contempt rather than mere indifference and why it is periodically denounced as opposed to simply dismissed: most of us carry at least a weak sense of a correlation between poetry and human possibility that cannot be realized by poems. The poet, by his very claim to be a maker of poems, is therefore both an embarrassment and accusation.

And when you are foolish enough to identify yourself as a poet, your interlocutors will often ask: A published poet? And when you tell them that you are, indeed, a published poet, they seem at least vaguely impressed. Why is that? It’s not like they or anybody they know reads poetry journals. And yet there is something deeply right, I think, about this knee-jerk appeal to publicity. It’s as if to say: everybody can write a poem, but has your poetry, the distillation of your innermost being, been found authentic and intelligible by others? Can it circulate among persons, make of its readership, however small, a People in that sense? This accounts for the otherwise bafflingly persistent association of poetry and fame—baffling since no poets are famous among the general population. To demand proof of fame is to demand proof that your songs made it back intact from the dream in the stable to the social world of the fire—, that your song is at once utterly specific to you and exemplary for others.

(At the turn of the millennium, when I was the editor of a tiny poetry and art magazine, I would receive a steady stream of submissions— our address was online—from people who had clearly never read our publication but whose cover letters expressed a remarkable desperation to have their poems printed anywhere. Some of these letters—tens of them—explained that the poet in question was suffering from a terminal condition and wanted, needed, to see his or her poems published before he or she died. I have three letters here that contain the sentence, “I don’t know how long I have.” I also received multiple letters from prisoners who felt poetry publication was their best available method for asserting they were human beings, not merely criminals. I’m not mocking these poets; I’m offering them as examples of the strength of the implicit connection between poetry and the social recognition of the poet’s humanity. It’s an association so strong that the writers in question observe no contradiction in the fact that they are attempting to secure and preserve their personhood in a magazine that no one they know will see. It is as though the actual poem and publication do not matter; what matters is that the poet will know and can report to others that she is a published poet, a distinction that nobody—not Death, not the social death of exclusion from the Law—can take from her. Poetry makes you famous without an audience, an abstract or kind of proto-fame: it is less that I am known in the broader community than that I know I could be known, less that you know my name than that I know I am named: I am a poet / and you know it.)