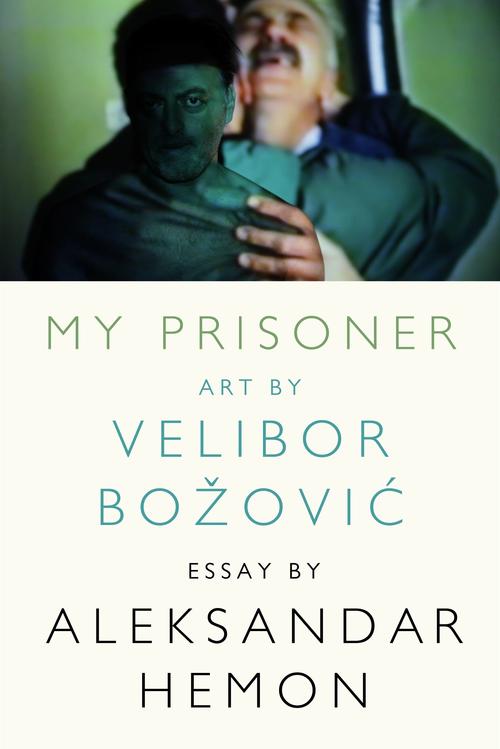 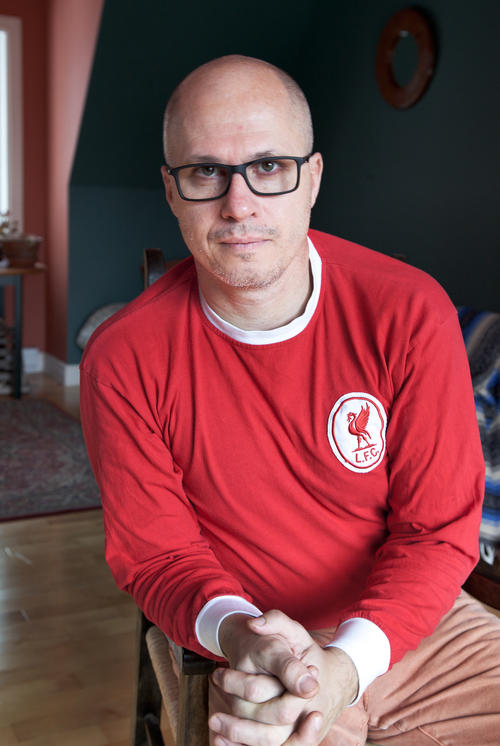 When Aleksandar Hemon and Velibor Božovic became friends as teenagers in Sarajevo, it was, in Hemon's words, "pretty clear that our friendship was for life, even if we could have no notion of what lay ahead of us."

In the coming years, it became clear that their future was going to be entirely unlike anything they might have imagined. Their beloved city was ripped to shreds by ethnic violence, its citizens suffering the longest siege in the history of modern warfare. Hemon was trapped abroad, in Chicago, when the siege began, and unable to return home, he watched in despair, alone and helpless, as the war unfolded in headlines and TV dispatches. Božovic, meanwhile, was trapped in Sarajevo with his family. As the conflict accelerated, he was conscripted into the Bosnian Army-even as his father, who had served in the Yugoslav People's Army since long before their country split apart, was being held in a Bosnian POW camp.

In his essay "My Prisoner," Hemon tells Božovic's story of life in Sarajevo during the siege. His account revolves around one particular incident in the middle of the war when Božovic was offered the chance to visit his father in the POW camp-though not, of course, without an onerous quid pro quo.

Almost twenty years later, in 2012, Hemon and Božovic are still friends for life. Hemon is now a writer in Chicago; Božovic is a photographer in Montreal. Hemon has traveled to Canada with his daughter to see his friend's art installation, My Prisoner, about that wartime reunion with his father. In this special ebook edition, both versions of "My Prisoner" are presented together. The result is a unique and extraordinary literary and artistic experience.

Note: Hemon's essay appears in the Picador paperback and ebook editions of The Book of My Lives. Božovic's My Prisoner appears only in this enhanced ebook.

An excerpt from My Prisoner

All of my life I'd been dreaming of going to a World Cup soccer game. But the day before the opening game (Germany vs. Bolivia) of the 1994 World Cup was to be played in Chicago, where I lived, I boarded a plane to London. My friend Zrinka paid for my ticket to England, as I was employed by Greenpeace at the time and was thus dead broke. For the same reason, I couldn't begin to afford a World Cup ticket, let alone a TV. Besides, none of my closest friends were anywhere near Chicago—many of them, in fact, were busy being in Sarajevo under siege—and watching the World Cup by myself was as depressing as eating alone.

I hadn't seen Zrinka since before the war. She'd left the siege in September 1993, and ended up in the UK, having followed a Brownian refugee trajectory by way of Croatia, Italy, Switzerland, and Turkey. Now she split her time between London and Birmingham. I stayed with our friends Guša and Duška, who lived in a damp basement off Portobello Road. It was not a homey place: it vaguely smelled of rotten potato; the uneven ceiling sagged in one corner, where Guša and I had to slouch lest we scrape off the top of our heads; the only window was at the street level and it was never opened. Guša worked as a bartender at a London club and came back home late, so I"d wait up for him to watch the late live broadcast of World Cup games, never really switching to the local clock. While Duška slept, we'd get excited about the game we were watching, screaming in whisper, muffling our high fives, smoking all along as if possessed. After the game, we'd stay up to drink, talk, and suck on cigarettes some more until the room was so full of smoke we could barely see Duška, unflappably asleep on the bed. We'd go to sleep at the crack of dawn, our mouths scorched with talking and nicotine.

Zrinka often joined us to listen to Let Love In, Nick Cave and the Bad Seeds' most recent album, and talk incessantly about the war in Bosnia, which was at its bloodiest. Those nights and days were stretched between despair and euphoria, between hysterical laughter and random outbursts of fury. We often talked about our friend Veba—his friendship was one of the many things we shared—who was still in Sarajevo, under siege. We missed him, felt guilty, wondered if he had any chance to watch the World Cup or listen to Let Love In. We recalled our common past, our parties and projects, our demolished previous life, unimaginable without Veba. The desperate, angry elephant in the befogged London basement was Veba's absence and the distinct possibility that it might never end.

My oldest memory of Veba—Velibor Božović—dates from the winter of 1985. My sister, Kristina, sixteen at the time, had a crush on him and invited him to a party, as our parents unwisely left us to our own devices for the weekend. My memory of our first encounter is purely visual: he and I stand in a small circle of friends, all of us convulsing to loud music.

Veba had just moved to the fifteenth floor of the high-rise right across the street from us. I'd recently returned, bitter and distraught, from serving a year—every minute of which I'd hated—as a conscript of the Yugoslav People's Army (YPA). He and I became friends as quickly as my sister started dating him. When, in the fall of that year, he went to waste fourteen months of his life doing his turn as a YPA conscript, my sister missed him, and so did I. I wrote to him often and sent cassette tapes with what I was listening to at the time—say, Echo and the Bunnymen's Heaven Up Here. We were inseparable upon his return: we listened to music together, eventually starting a band. It was pretty clear that our friendship was for life, even if we could have no notion of what was ahead of us.

My sister was angry at Veba after they broke up, but that had little impact on our friendship and she eventually got over it. Veba moved on as well. One summer evening in 1988, he confessed to me how much in love he was with Sanja, whom he'd just met. Just going to the supermarket and carrying a basket for her, he said, was exhilarating.

When I left Sarajevo for the United States in the winter of 1992, Veba stayed behind. He was now living with Sanja, in a neighborhood called Velešići, not far from our old one. Veba's father, whom I always respectfully addressed as Ćika-Vlado, was a warrant officer—zastavnik—in the YPA, in charge of a warehouse in Krupa, a small place near the town of Pazarić, just outside Sarajevo. A meek, kind man, Ćika-Vlado had served all over Yugoslavia (Veba was born in Slovenj Gradec, in today's Slovenia), and was still loyal to the idea of the federal, multinational country, presently death-rattling.

By the spring, war had arrived to the outskirts of Sarajevo and the surrounding hills, slowly making its way down to the valley. The YPA had reached the malignant point of being largely controlled by the Serbs, who unleased the abundant weaponry against the underarmed Bosnian police and volunteer units, the Bosnian Army yet to be formed. Ćika-Vlado was no longer coming home from the warehouse, so Veba and Sanja moved back in with his mother and younger brother. Veba took turns with his neighbors in night-watching at the high-rise. It was unclear what could've been done in case of attack. Ćika-Vlado had left a handgun at home, but Veba had had to deliver it to the police, who were collecting weapons from citizens. One day in April, Ćika-Vlado suddenly showed up with two of his soldiers. At home, had had a quick coffee (always a sacred ritual among Bosnians), the first one in a long while, asking Veba to fetch their neighbor Sedad. He gave Sedad a machine gun and ammo "for the building." As far as the YPA would've been concerned, he was a traitor; as far as he was concerned, he was helping his neighbors. Coffee consumed, he went back to the warehouse. 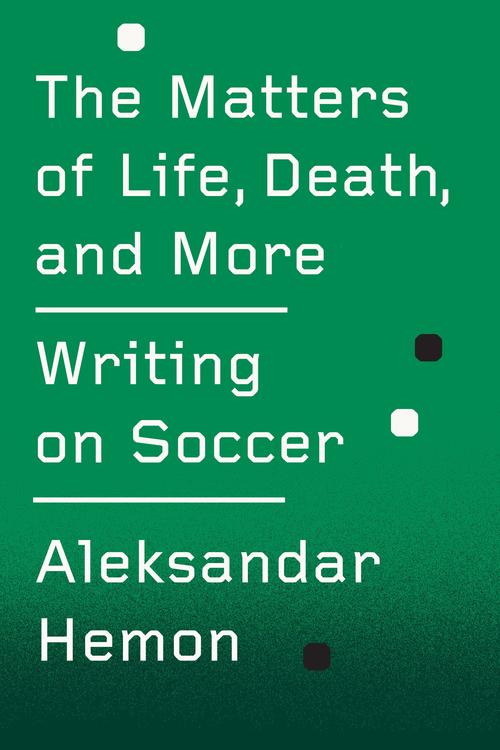 The Matters of Life, Death, and More 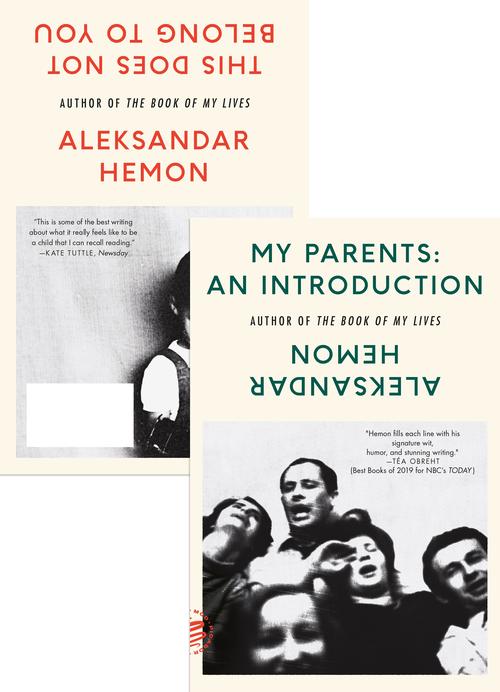 My Parents: An Introduction / This Does Not Belong to You 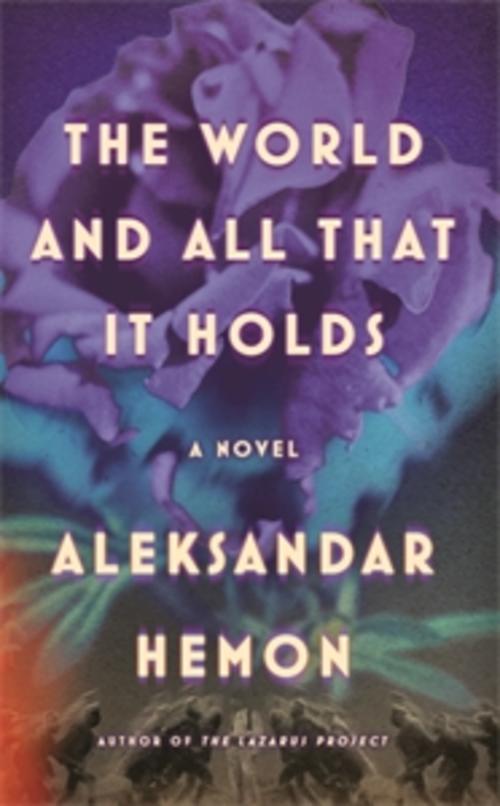 The World and All That It Holds